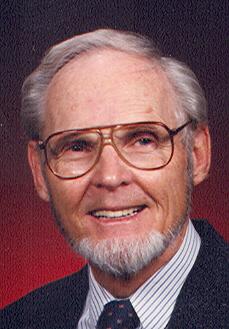 Donald Churchill, age 72, died unexpectedly, at his home, Thursday morning, June 22, 2006. He was born August 25, 1933, to the late Lyle and Helen (Wyman) Churchill, in St. Paul MN. His family then moved to St. Peter, MN where he graduated from Gustavus Adolphus College. Don then attended graduate school at Iowa State, Ames Iowa and received his PhD in Chemistry and Physics. While in Ames, IA, he met and married his wife, Alberta P. Moellering on June 14, 1958. He then moved to Dayton, Ohio in 1960, where he was employed as a research chemist for NCR. In 1973, Don moved to Appleton, where he was employed by Appleton Papers, retiring in 1993. He was a very active member of First Congregational U. C. C., where he served on numerous committees and was head usher. Don had been Co-Chairman of the Friends of the Appleton Library. Don enjoyed ice cream, brownies, reading and music. He was a devoted son, brother, husband, father and grandfather. He was always willing to engage, was always interested in helping others and making the world a better place. He rarely asked for help and was always willing to give it.
He is survived by three daughters, Teresa (John) Emery, Fond du Lac; Robyn (Chris) Rathweg, Louisville, CO; Linda (Frank) Morbillo, Tesuque, NM; five grandchildren, David, Kathryn and Elizabeth Emery, Alani and Maxwell Rathweg; two brothers, Bill (Jean) Churchill, Omaha, NE; Bob (Helen) Churchill, Eden Prairie, MN; a sister, Barbara (Bill) Stangler, St. Peter, MN. He was preceded in death by his wife, Alberta P. Churchill, August 4, 2000.
Memorial services for Donald will be held at 11:00 am, Friday, June 30, 2006, at FIRST CONGREGATIONAL U. C. C., 724 East South River Street, with Reverend Maynard Beemer officiating. Friends may call at the church on Friday from 9:00 am until the time of the service. A memorial fund is being established.