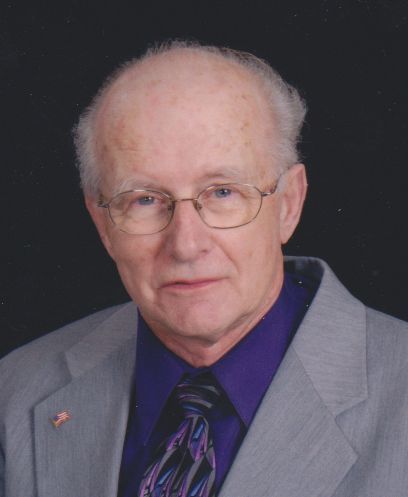 Don Block, age 86 of Kimberly, ascended to the arms of his waiting Lord on Ascension Day, May 5, 2016. Don was born in Gillett, Wisconsin, on June 9, 1929, son of the late Adolph and Clara (Andersen) Block. On June 8, 1957, he married Joyous Spilker in West Allis. Together, the couple enjoyed fifty-nine years together and were blessed with four children. In his youth, Don attended Gillett Grade School and High School, and spent one year at Wartburg College. Returning to Milwaukee, he worked at Pritzlaff Hardware and Koehring Corporation. In 1967, the family moved to Appleton where Don became employed by Kimberly Clark Corporation. He retired in 1987, and moved to Kimberly in 1996.

He was a longtime and faithful member of Good Shepherd Lutheran Church where he was active in many activities, including serving as a Boy Scout leader, attending bible study, Men's Fellowship group, sponsoring Hmong families, and was the official church hugger, greeter, and honorary grandpa. Don was also part of the Salvation Army Board of Directors, and volunteered as a driver for Calumet County programs.
Don is survived by his loving wife: Joyous Block of Kimberly; four children: Jeffrey (Cheri) Block of Rochester, Minnesota and their daughters Jena Block and Brittney Block; Karil (Todd) Simmerman of Darboy and their children Quest Simmerman, Kimberly Coenen, and Ali (Scott) Blasczyk; Janet (Craig) Schultz of Appleton and their children Jessica Plamann, Chris Plamann, Alexis Schultz, and Alicia Schultz; and Marcia Thompson of Darboy and her sons Matthew Thompson and Nathan Thompson. Don also has a great-granddaughter: Olivia Plamann. There are also three brothers: Richard (Eva) Block of Gillett, Elroy (Joan) Block of Bonduel, and Roger Block of Milwaukee. Don is also survived by many nieces, nephews, other relatives and many friends. Don was preceded in death by his parents, an infant sister Carol, a son-in-law Mark Thompson, and nephews Richard and Joseph Block.

Funeral services for Don will be held at 4:00 PM on Monday, May 9, 2016 at GOOD SHEPHERD LUTHERAN CHURCH, 2220 E. College Avenue in Appleton, with Rev. Dr. Martin Koeller and Rev. Timothy Seabaugh officiating. Family and friends are invited to gather at the church on Monday from 2:00 PM until the time of the service.

Dad, Thank you for using your vacation time to show us so much of the beauty and history of our country; we will forever cherish the memories. We love you, your children.

For more information or to share a memory of Don, please visit www.wichmannfargo.com.