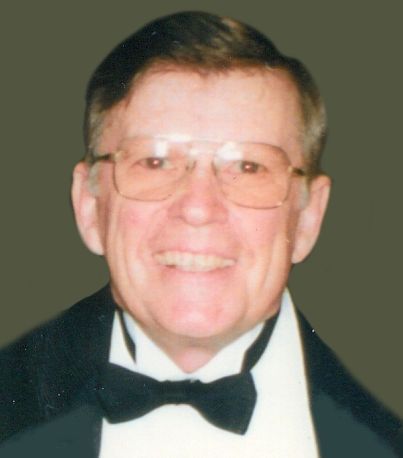 Donald Kott, age 83 passed away peacefully at home in Kaukauna in the early evening hours on Monday, June 22, 2015, surrounded by his loving family at his side and following a brief illness of pancreatic cancer.

Don was born March 15, 1932 to Royal and Helen Kott, and graduated from Crandon High School and the University of Wisconsin Stevens Point. He served with the U. S. Army, assigned to the 173rd Ordinance Detachment Unit where he was a radio repairman. He was designated as a sharp shooter and was awarded the distinguished good conduct medal for his years of service and then honorably discharged in 1962. Following his military service he taught math at Wausaukee High School where he also devoted his time to the community youth as head baseball coach and assistant basketball coach.

On August 23, 1958 he married Donna Kahara and the union was further blessed by three beautiful daughters. The family moved to Kaukauna where he taught mathematics at the High School, was the Director of the Audio Visual department and officiated baseball. In 1963 he received a Master's Degree from the University of Northern Iowa. After 34 years of teaching, Don retired in 1992 and spent most time at the family's cottage he built at Pickerel Lake. As an avid fisherman and hunter who also enjoyed woodworking, one of his greatest joys was time spent with his grandchildren fishing and waterskiing, four wheeling, snowmobiling and berry picking. Don was a faithful member of the Peace United Methodist Church where he served as Trustee for many of those years. Don was of course a loyal Packer's and Brewer's fan.

Don was preceded in death by his parents: Royal and Helen Kott Sr.; his step-mother: Elenora Kott; a brother: Royal (Bobbi) Kott Jr; his in-laws: Warner and Esther Kahara; and a brother-in-law: Robert Pepper.

A memorial service for Don will be held at 11:00 AM on Saturday, June 27, 2015 at PEACE UNITED METHODIST CHURCH, 2300 Wisconsin Avenue in Kaukauna, with Rev. Lucretia Fehrmann officiating. Family and friends are invited to gather at the church on Saturday morning from 9:00 AM until the time of the service. For more information and to share memories, please visit www.wichmannfargo.com.

Special thanks to Pastor Lucretia Fehrmann of Peace United Methodist Church in Kaukauna and to Theda Care At Home Hospice for their compassion and support.