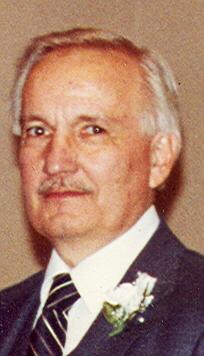 Donald Ver Bust, 73, of Kimberly, passed away on Thursday, December 30, 2010 after a courageous eighteen year battle with Parkinson‚Äôs at his home with his family by his side. He was born January 25, 1937 in Kimberly, the son of the late Alfonse and Lucille (Van Roy) Ver Bust. On September 16, 1958, Don married Sandra Albers at Holy Name Catholic Church, Kimberly. He served his country in the U.S. Army Medical Corp. and was stationed in San Antonio, Texas and Oahu, Hawaii with Sandra with him. Don and Sandy fulfilled his dream by returning in 2004 to Hawaii and over the years traveled extensively together. Don was employed for 37 years at Repap and was elected as president for the Kimberly Independent Papermill Workers Union. He volunteered as a scout master with his two sons and was a member of Holy Name Athletic Association. Don was a member of Holy Spirit Parish in Kimberly. He enjoyed golfing, fishing, and hunting with his dog. Family was the most important thing to Don, and he loved being with his children and grandchildren and attending their sporting events.

The memorial mass for Don will be held at 5:00 pm on Monday, January 3, 2011 at HOLY SPIRIT PARISH ‚Äì KIMBERLY, 600 E. Kimberly Avenue, Kimberly. Father David Beaudry will be officiating. Inurnment will take place in the parish cemetery. A time of visitation and support will be held from 3:00 pm until the time of mass. In lieu of flowers, a memorial fund has been established in his name.

Most of all he was a devoted husband and loving father and grandfather. He lived his life to the fullest. Don‚Äôs belief was‚Ä¶happiness is a decision.