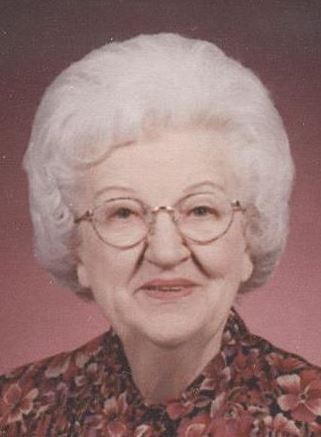 Dolores Mary Kuchelmeister (Anderson), age 93, passed away on Sunday, March 23, 2014. She was born on June 13, 1920 to the late Cyrus and Sophie Anderson in Greenville, Wisconsin. Dolores married Karl Kuchelmeister in 1941, and they lived in Kaukauna. She graduated from Outagamie County Teacher's College and taught for several years in Greenville. Dolores later worked at Advanced Industries in Appleton. She always had a strong faith, and she was a member of Immanuel United Church of Christ in Kaukauna. Dolores was a loving and caring person, and she will be missed dearly by her family.

Funeral services for Dolores will be held at 11:00 a.m. on Saturday, March 29, 2014, at IMMANUEL UNITED CHURCH OF CHRIST, 510 Sullivan Avenue in Kaukauna. A time of visitation will be held at the church from 9:30 a.m. until the time of service. She will be laid to rest at Highland Memorial Park. In lieu of flowers, memorials to Immanuel United Church of Christ are appreciated in Dolores' loving memory.

The family would like to thank the entire staff at Brewster Village for all of their loving care.