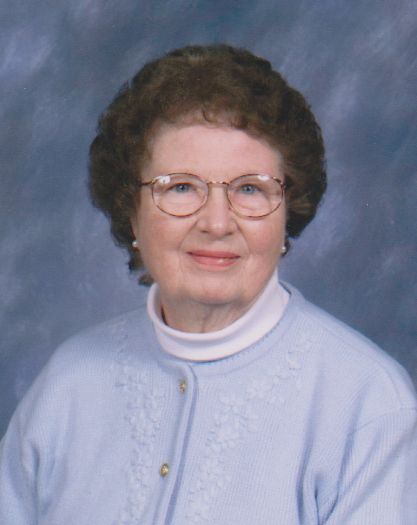 Dolores Marie (Klein) Van Hammond, 89, passed away on September 9, 2019 at Care Partners in Appleton, Wisconsin, with her loving daughter by her side. She was born on February 22, 1930 to the late Michael and Ann (Croell) Klein in Grand Chute, Wisconsin. She graduated from Menasha High School in 1948, and married Marshall (Bud) Van Hammond, a career military service man, on June 6, 1953 at Sacred Heart Catholic Church in Appleton, Wisconsin. During their first 15 years of marriage they lived at various military installations: Fort Benning, GA; Chanute Air Force Base, IL; Lowry Air Force Base, CO; and Scott Air Force Base, IL. Upon Marshall’s return from Viet Nam and subsequent retirement from the Air Force in 1968, they moved back home to Wisconsin. Dolores was soon hired by Home Mutual Insurance Company in Appleton (now Secura) and retired from there 27 years later.

Dolores is survived by her daughter and son-in-law Mary and Christopher Bohne of Menasha, and her son James of Columbus, Ohio; her pride and joy were her three grandchildren Sarah (Zack) Pollak, Laura (Andrew) Schoenherr, and Bryan Bohne (girlfriend Niki Olson); as well as her three great-grandchildren Bree Pollak, Logan Schoenherr, and Jordan Schoenherr. She is also survived by her sister Evalyn Couillard, her sister-in-law Joanne Klein, and her brother-in-law Dick Van Hammond and his wife Toni; as well as many nieces and nephews.

She was preceded in death by Marshall, her husband of 36 years on April 9, 1990. Also, her parents Michael and Ann Klein, her three brothers Robert Klein, Eugene Klein, and James Klein; as well as two brothers-in-law Eugene Couillard and William Paalman and three sisters-in-law Maureen Klein, Dawn Klein, and Mary Jane Paalman. Also preceding her in death were her mother and father-in-law John and Myrtle Van Hammond, her paternal grandparents Joseph and Frances Klein; her maternal grandparents Otto and Minnie Croell; also, her nephews Robert Couillard, Jeff Klein and Brett Klein.

Dolores was a member of Holy Spirit Parish in Kimberly, Wisconsin since 1969. She was an avid reader and enjoyed bowling in the Couples League for many years with her husband, Marshall. She played an important role helping with her grandchildren when their father was deployed overseas with the Air Force. She will always be remembered for her unconditional love, compassion and subtle sense of humor. She was loved by all who knew her and will be deeply missed.

The Funeral Liturgy for Dolores will be held at 11:00 am on Saturday, September 14, 2019, at HOLY SPIRIT PARISH – KIMBERLY SITE, 600 East Kimberly Ave, with Father Carl Schmitt officiating. A time of visitation will be held from 9:00 am until the time of Mass. Interment at Holy Name Cemetery. Online condolences may be expressed at www.wichmannfargo.com.

Dolores’s family would like to thank the staff at Compassus Hospice for the care and kindness they gave to their mother.