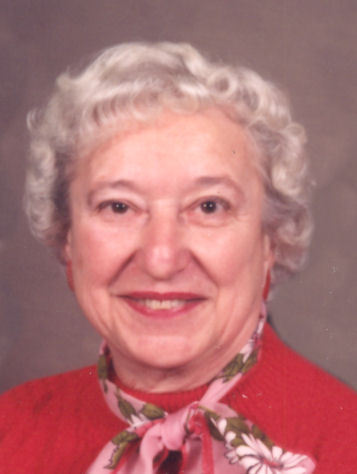 Dolores E. “Chic” Peterson
Dolores E. “Chic” Peterson, 89, of Menasha, passed away on Saturday, January 23, 2016 at Brewster Village. Dolores was born on August 28, 1926 to Wolfgang and Emma (Buecher) Rippl in Menasha. Dolores was a lifelong member of St. Mary Catholic Church in Menasha, graduating from St. Mary High School in 1944. On May 4, 1949 she was united in marriage to Aldo “Pete” Peterson at St. Mary Catholic Church in Menasha. She was independent and self-sustaining until the time of her recent illness. Dolores was an avid Packer fan, enjoyed crossword puzzles and spending time with her family. Her family was the most important thing to her and she was very proud of her children, grandchildren and great grandchildren.

Dolores was preceded in death by her parents, her husband Pete, her sisters; Aurelia Loehning, and Irene Strelow, and her brothers; Connie, Joe, and Ed Rippl.

The memorial service for Dolores will be on Wednesday, January 27, 2016 at 7:00 PM at WICHMANN FUNERAL HOME, TRI COUNTY CHAPEL, and 1592 Oneida St. A time of visitation will be held on Wednesday from 4:00 PM until the time of the service.

The family would like to thank the staff at St. Elizabeth Hospital, Brewster Village and Heartland Hospice for their compassion and caring of our mother.