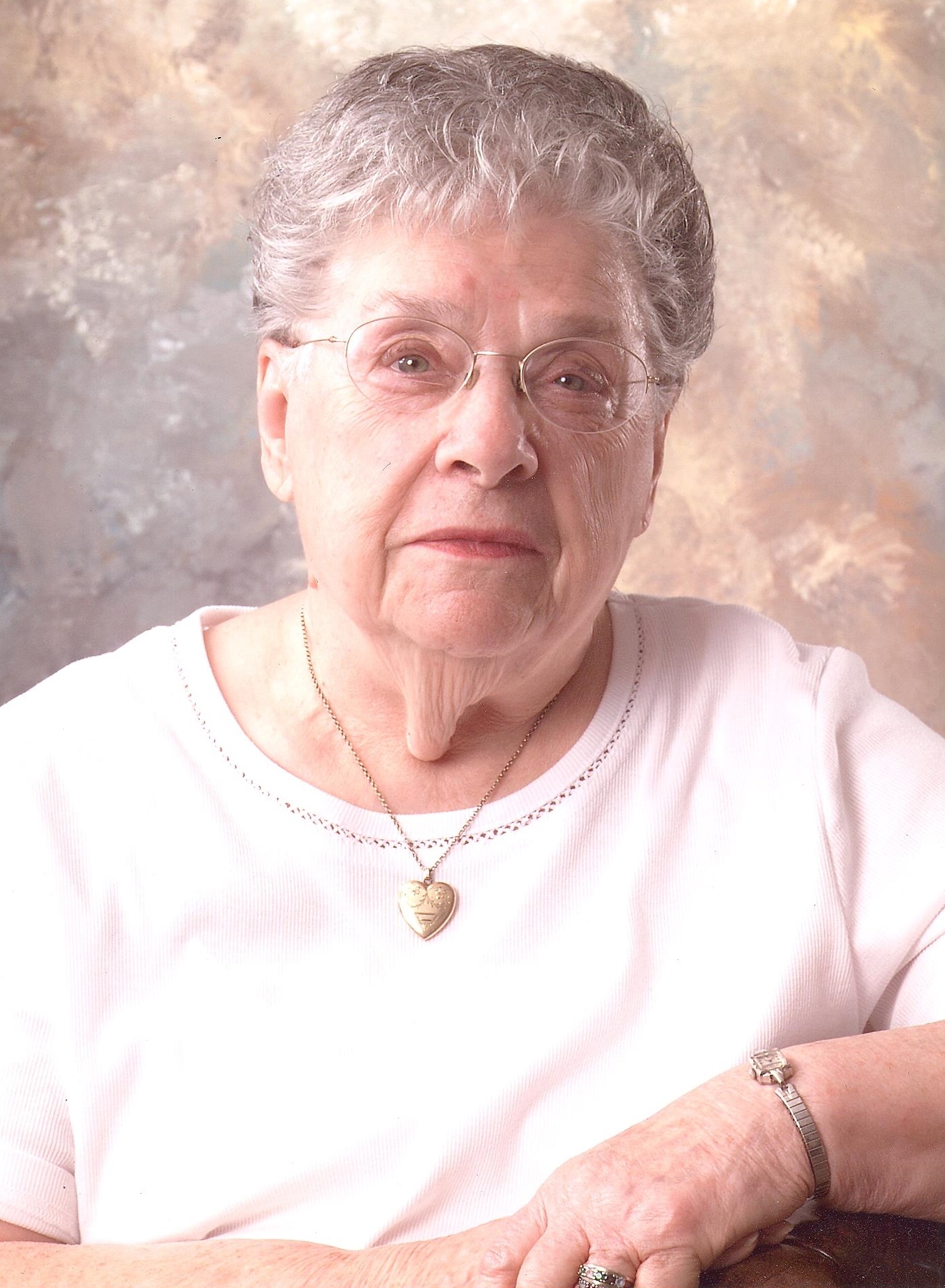 Dolores Cecilia Springer nee Fisher, age 96, “Mama”, Grandma, Great-Grandma and Great-Great-Grandma died peacefully on Saturday, February 15, 2014, with family at her side.
She was born January 22, 1918 the second child of eight to Charles and Lucille (Blick) Fisher at home in Black Creek. Dolores married her love, William J. Springer on Valentine's Day, February 14, 1942. They were married for 36 years when he passed away May 25, 1978.
Dolores went to St. Joseph elementary school and then St. Therese after it was built. She graduated from Appleton High School (West) in 1936. She enjoyed gardening in her younger years. She made the best coffee cake on Saturday mornings when her kids were younger.
Dolores made more than forty braided rugs, giving most of them to family. She had a green thumb when it came to growing houseplants. She could get plants to blossom even if no one else could. Dolores also enjoyed reading books, doing crossword and word search puzzles.
Dolores was a member of St. Therese Parish, Appleton for over 50 years before moving to the south side of Appleton and joining Sacred Heart Parish in 1978. She was a member of the Catholic Daughters of America, Court Ave Maria #1011.
Survivors include seven children who include two daughters and five sons, Suzanne (David) Rogers, Appleton, Theodore(Pat) Springer, Wisconsin Rapids, Kathleen Springer, Menasha and special friend James Jensen, Phillip (Gail) Springer, Plover, Carl (Mary) Springer, Appleton, Nicholas (Margaret) Springer, Parrish and Robert (Cathy) Springer, Kaukauna and son-in-law Eugene Wendt, Stevens Point. Dolores is also survived by three sisters-in-law, Bernadette Fisher, Appleton, Delores Fisher, Kimberly, and Patricia Fisher, Appleton. She is further survived by 21 grandchildren Tony, Robbie, Mary Beth, Mike, Chris, Rachael, Amber, Nathaniel, Matthew, Kevin, Scott, Lisa, Will, Adam, Chris, Beth, Jamie, Jesse, Cameron, Chris and Tyler and 29 great-grandchildren and 7 great-great grandchildren and many nieces and nephews.
Dolores was preceded in death by her husband Bill, her daughter Judy Wendt who passed away May 30, 2013 and her son David who passed away March 13, 1966, her parents, a sister Margaret (Sylvester) Parker, brothers Francis (Beverly) Fisher, Cyril (Emmy) Fisher, John (Hope) Fisher, Joseph Fisher, James Fisher, Jerald Fisher. Her father-in-law and mother-in-law, Theodore and Margaret (Marx) Springer also preceded her in death along with all of her husband's brothers and sister.
Mass of the Resurrection will be at 11:00 a.m. on Wednesday, February 19, 2014, at SACRED HEART CATHOLIC CHURCH, 222 E. Fremont Street, Appleton, with Fr. Bob Lexa officiating. Friends may call directly at the church on Wednesday from 9:30 a.m. to the time of services. Burial will be at St. Mary Cemetery in Black Creek, Wisconsin. A memorial has been established in her name.
The family would like to thank the Theda Care Hospice nurses especially Mary B. who was caring and treated Mama with dignity. Thank you to Mary Pat who visited and prayed with Mama. Thank you to all the caregivers at Prairie Homes and Home Aid Health Care. Thank you to Dr. Sandra Groenewold for her care of Mama.
Online condolences may be offered at www.wichmannfargo.com