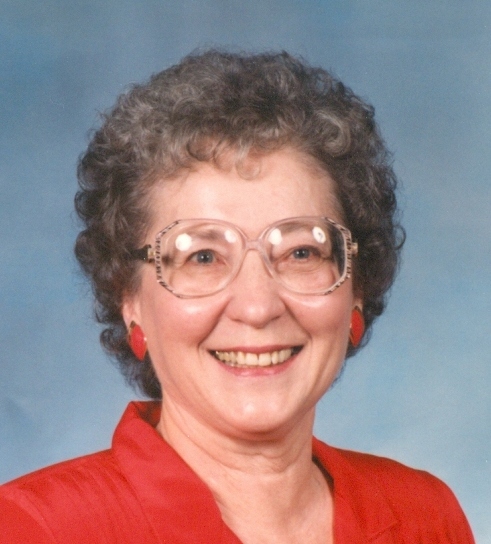 Dolores Beatrice Stoop, a lifelong Kaukauna area resident, passed away on Tuesday afternoon, September 9, 2014, at the age of 84. Dolores was born in Kaukauna on September 8, 1930, daughter of the late Edward and Beatrice (Trettin) Sasnowski. She attended Kaukauna High School where she excelled in singing in the school choir. After graduation in 1949, she married George Stoop, the son of John and Catherine (Weyenberg) Stoop, in Freedom on October 21, 1950. George preceded her in death in 2005. Together, the couple operated a dairy farm in Freedom for thirty-one years. Dolores also worked at Thilmany Pulp and Paper, Kaukauna Club Cheese, and the Dundas Canning Factory. She was also a lifetime and faithful member of Immanuel United Church of Christ in Kaukauna.

The funeral service for Dolores will be held at 11:00 AM on Saturday, September 13, 2014 at IMMANUEL UNITED CHURCH OF CHRIST, 510 Sullivan Avenue in Kaukauna, with Rev. Greg Smith officiating. Interment will follow in Highland Memorial Park. Friends and family are invited to gather at the church on Saturday morning from 9:00 AM until the hour of the service. Online condolences may be offered at www.wichmannfargo.com.

Dolores was a wonderful wife, mother, grandmother, and great-grandmother who loved her family dearly. She was blessed by time spent with all of them, and will be sadly missed by all who knew and loved her.