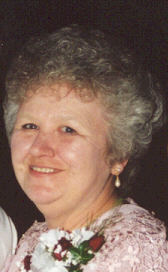 Age 50, passed away unexpectedly on Easter Sunday, April 15, 2001 at the Shawano Medical Center. Diane was born in Appleton on June 9, 1950, daughter of the late LaVerne (Yaeger) Feistel and Roy Feistel of Appleton. On March 30, 1970, she married Harlon Wright at Zion Lutheran Church in Appleton; he survives. Diane and Harley currently own and operate The Wright Place Bar and Grill in Tilleda.

The family would like to thank their many friends who have been so supportive during these difficult days, especially Craig ‚ÄúPugs‚Äù Wildenberg, Amy Casson, and Mary Paiser.