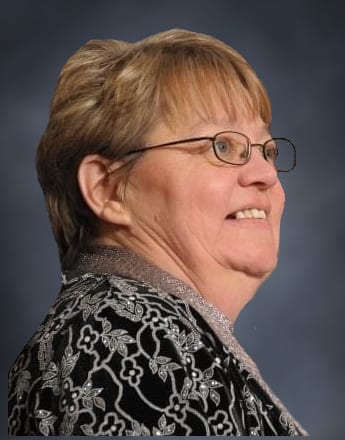 Diane Managan, age 67 of Appleton, passed away at her home on Monday evening, August 17, 2020, following an illness.   Diane was born in Appleton on June 7, 1953, daughter of the late George and Wilma (Cotter) Butelewski. Following her graduation from high school, she married Bob Managan in April of 1974; he survives.

In addition to Bob, Diane is survived by two daughters: Holly (fiancé Aaron Timm) of Kewaunee and Heather (Joe) Janssen of Appleton; two grandchildren: Kaitlyn and Ethan; a brother: Bill Butelewski of Kaukauna; four sisters: Judy Hameister of Combined Locks, Sue Steeps of Appleton, Gail Weber of Little Chute, and Terri Taggart of Appleton; a sister-in-law: Debora (Paul) Melzer of Appleton, as well as many nieces, nephews, other relatives, and many friends. She was preceded in death by her parents, by Bob’s parents Maurice and Carrie Managan, sisters-in-law Sandy Butelewski and Ellen Dobbe, and a brother-in-law John Hameister.

Diane retired from ThedaCare four years ago, following thirty-two years of service there. She enjoyed visiting her nephew’s cottage in Eagle River, as well as spending time with her children and grandchildren. She even enjoyed the occasional trip to the casino with Bob.

Family and friends are invited to gather at the Wichmann Funeral Home, located at 537 N. Superior Street in Appleton on Saturday, August 22, 2020, from 10:00 AM until 12:00 Noon to share memories and celebrate Diane’s life.

The family would like to extend their sincere thanks to the many caring angels who appeared during her illness. They include Elaine from Heartland Home Care, Amber, Dr. Neal and Nichole, and the ThedaCare at Home Hospice team.   You made everyone’s difficult journey easier, and we will never forget your kindness.