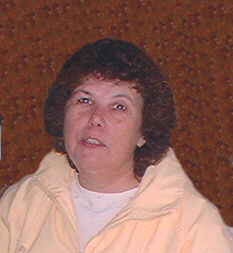 Diane M. Kieffer, 58, of Kimberly passed away on Friday, March 25, 2011 at home. Diane was born on June 25, 1952 to Francis and Elaine (Powers) Otte, in Kaukauna. On August 21, 1981 she married Joseph Kieffer at Holy Name in Kimberly. She retired from Nestle foods, formerly Jack's Pizza after working for there for many years. Diane enjoyed her Florida vacations, going to the cottage and a nice cup of coffee with family and friends. She also enjoyed reading and doing jumbo puzzles.

Diane was preceded in death by her parents, a daughter, Melissa, a sister, Pam Grady and her step father, Clifford Huss.

A funeral service for Diane will be held on Thursday, March 31, 2011 at the JANSEN FARGO FUNERAL HOME at 7:00 PM. A time of visitation will be held from 5:00 PM until the time of services at the funeral home.

The family would like to extend their sincere thanks to Deb Horn and Joan McDonald who were there to help her and the family through this difficult time.