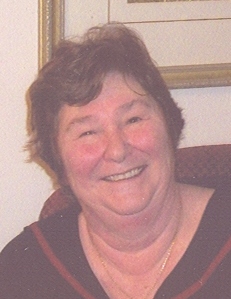 Diane K. Maier, age 64, born on September 21, 1946, entered into eternal rest on Thursday, April 28, 2011, at Appleton Medical Center. Diane was the daughter of the late Leo and Elaine (Stead) Maier. She graduated from Appleton West High School. Diane then went on to work for Ameritech before retiring. She enjoyed crocheting, crafts, cooking, gardening, and reading. Spending time with her grandchildren brought her the most joy in life.
Diane is survived by her children, John Trentlage, Tamara Marquardt, and Jason Trentlage; two grandchildren, Tonya Manka and Justice Trentlage; two great-grandchildren, Naomi and Elijah Sierra; her sister, Darla Berg; her brother, Dennis (Kris) Maier; and many other relatives and friends. She will be greatly missed by her best friend, Trudy Whitenack.
She was further preceded in death by her step-father, Chester Christen; and her grandson, A.J. Marquardt.
In honor of her request, private family services will be held. A memorial fund is being established in her name. The family would like to extend a sincere thank you to the Appleton Medical Center sixth floor nursing staff and the ThedaCare Hospice nurses for their care, compassion, and support.