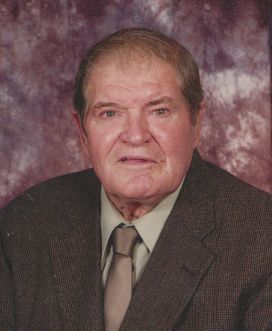 Dewain William Locy, age 85, of Appleton, passed away peacefully with his family by his side on Sunday, October 11, 2015 at home. Dewain was born in Little Chute on May 25, 1930, son of the late Henry and Geraldine (Nelson) Locy. He went to St. John School in Little Chute before going to work on the family farm. In 1951, Dewain married Patricia Murphy. They would enjoy 64 years of marriage and raise five children together. Dewain was a hardworking man; driving truck for Olson Trucking and C.W. Transport while growing his professional painting business for Van's Reality and Construction for over 40 years.
When not at work, Dewain enjoyed camping, polka music and spending time with his family. He will always be remembered as a man of great faith and the rock of his family.
Dewain is survived by his loving wife: Patricia Locy; his children: Diane (Mike) Reddy, Colleen (Rich) Reitzner, Ray (Kris) Locy, Sue (Mark) Murphy and Lori (Karen Davis) Locy; grandchildren: Ryan (Meaghan) Reddy, Kelly (James) Konkle, Brad (Lindsey) Reitzner, Shane (Hannah) Reitzner, Craig (Susan) Locy, Scott Locy, Amy (Kyle) Martell, Jason (Cindy) Murphy, Alicia (Dan) Marx and Brent Murphy; he is further survived by seven great grandchildren; siblings: Alice (Bob) Weyers, Jim (Betty) Locy, Jerry (Mary Ellen) Locy, Tom (Deb) Locy and Mary Gloudemans. He will also be missed by his nieces, nephews, other relatives and friends. He was preceded in death by his parents Henry and Geraldine Locy; his mother and father-in-law: Raymond and Marion Murphy; his siblings: Donald (Floss) Locy, Dorothy (Harold) Bissing, David (Ruth) Locy, Delores (Gene) Driessen, John (Yvonne) Locy and Roger Gloudemans; and great grandchild Brayden Murphy.
The Funeral Liturgy for Dewain will be held at 11:30 a.m. on Thursday, October 15, 2015, at ST. PIUS X CATHOLIC CHURCH, 500 West Marquette St. Appleton, with Father William Van Dynhoven officiating. A time of visitation will be held on Wednesday, October 14, 2015 at the WICHMANN FUNERAL HOME DOWNTOWN CHAPEL, 537 North Superior St. Appleton, from 4:00 p.m. until 8:00 p.m. with a prayer service at 7:00 p.m. and again at CHURCH on Thursday from 9:30 a.m. until the time of service. In lieu of flowers, a memorial fund has been established in Dewain's name. Online condolences may be expressed at www.wichmannfargo.com.
Dad- our inspiration, you worked hard, had a sense of humor and molded us into who we are today. You will always be in our hearts.