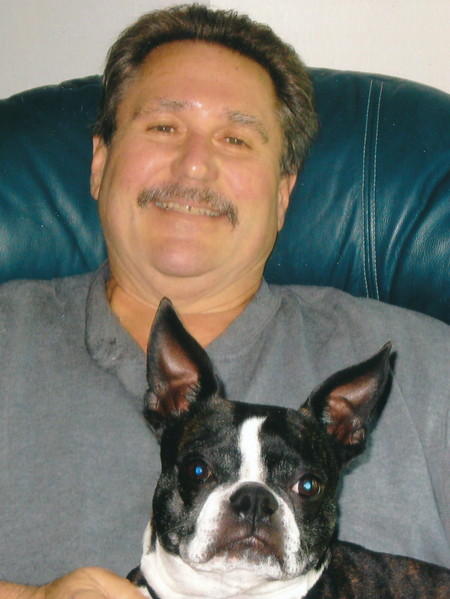 Augie Bellin, age 58, of Appleton, died on Sunday, May 29, 2011, after a four-week battle with pancreatic cancer. He was born on February 18, 1953, in Appleton, to the late Willard and Orel (Stevens) Bellin. Augie attended St. Matthew Grade School, graduated from Fox Valley Lutheran High School and attended FVTC. He worked as Parts Manager for several Fox Valley businesses and most recently was Manager at General Rubber Company. Augie will be sadly missed by his bride of almost 30 years, Jeanne, and his best friend, his Boston Terrier, Buddy. For the past 19 years he and Jeanne lived on their little farm with numerous furry critters and he planned to spend his golden years there. Augie was an avid Packer and Brewer fan, enjoyed traveling, gardening and reading–especially science fiction and Norse mythology. A planned 30th anniversary trip to see the fjords was sidelined by his illness. Augie is further survived by his sisters, Sharon (Orland) Schmidt and Shelba Kuba; his brother Duane (Judy); and Jeanne's family: her mother, Barbara Weyers; her brothers, Jim (Kathy); Jerry (Peggy) Russ (Debbie); and Paul (Lori); her sister, Marge (Alan) Patera; and many nieces and nephews. Augie was preceded in death by his brother, Dennis; his father-in-law, Frank Weyers; and his brother-in-law, David Kuba. Memorial services will be at 7:00 p.m. on Tuesday, June 7, 2011, at the WICHMANN FUNERAL HOME, Appleton, with Jim Weyers leading the celebration of Augie's life. Friends may call at the funeral home on Tuesday from 4:00 p.m. to the time of services. The family would like to extend a sincere thank you to all the friends, family, neighbors and co-workers who helped us during the hardest weeks of our lives, especially Dan, Connie and Marge for their help with the animals. The family would also like to thank Dr. Norma Turk for her kindness, compassion and honesty, and Kim, the ICU nurse who took care of everyone. Augie never lost his sense of humor or optimism during this battle. He was an inspiration to all. He was Jeanne's hero. In lieu of flowers, a memorial has been established in Augie's name.