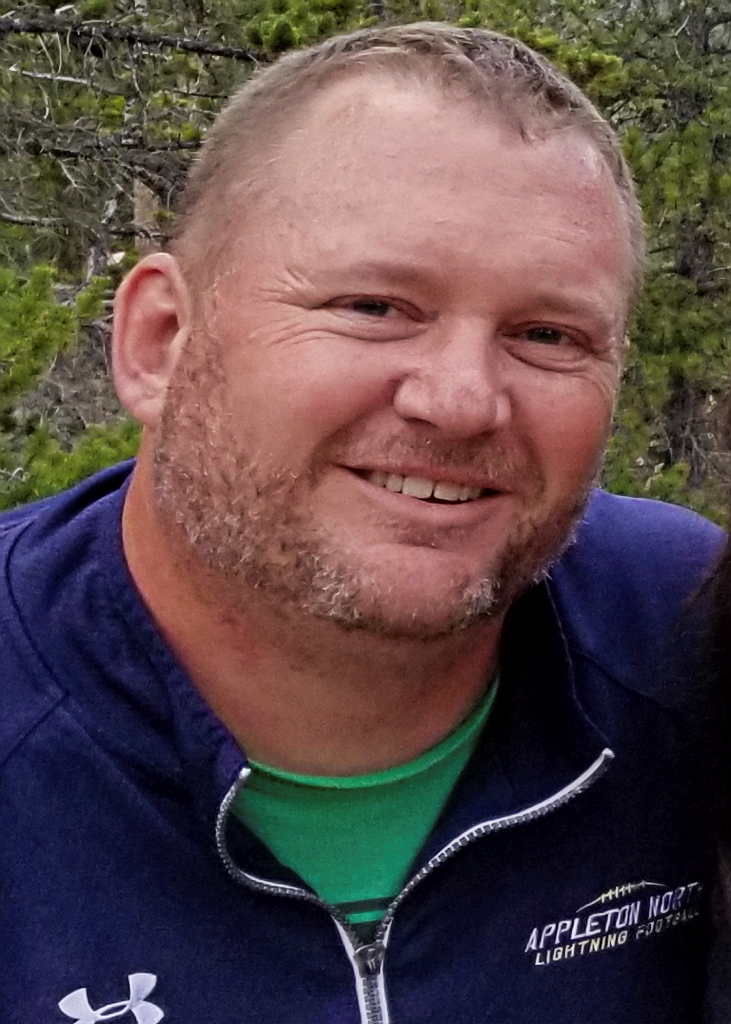 Derek Blom, loving husband, father, son, brother and friend passed away unexpectedly on Wednesday August 21, 2019 at the age of 48.

Derek married RaeAnn Klatt on October 7, 1995 in their hometown of Green Bay. They were blessed with two children, Emma and Devin. They tragically lost their beautiful daughter Emma to a long hard fight with cancer in 2006. Amidst the heartbreak of this loss, they committed to remaining forever parents in raising their son Devin and have remained close friends. Derek was a loving father who adored spending time with his son Devin. Whether it was watching Devin play sports, going to breakfast together, or playing cribbage, Derek always found joy in these moments. Derek was an inspiration to fathers everywhere because of his dedication and pride in his son. He also kept the memory of his daughter alive through his fondness of butterflies, which was one of Emma’s favorites; and through this kinship, he was inspired to embrace hope again.

On July 5, 2019 he married Kristen Klunder at a small ceremony in the backyard of their home. Everyone who attended their wedding said it was one of the best celebrations for two of the best people in the world. Even though their love story was cut short, a novel could be written about the love they developed amidst tragedy. Derek was a recent stepfather to Hannah and Paige Klunder, whom he loved as his own. He enjoyed supporting them in their passions: going to the theatre, attending their activities, including choir, dance, and volleyball, as well as teasing them and bringing smiles and laughter.

Derek was an avid people watcher and loved going to coffee shops, parks, or wherever he could watch life happen. He loved nature, being outdoors, and live music. He was a great golfer and often enjoyed a round with his father, brother, son, nephew, and friends. He enjoyed playing cards with his mom and sheepshead with his friends. He enjoyed watching sports of all kinds and had just renovated his basement transforming the concrete walls to an entertainment mecca for friends and family to enjoy.

Derek embodied kindness, compassion, and enjoyed truly listening to others, which is demonstrated by how many call him a friend. Derek was an amazing human being to all he encountered; he inspired hope and love. These qualities are his legacy to influence and motivate each of as we continue to walk this journey, always remembering him and the impact he had on each of us.

Derek was born on February 2, 1971 to Lee and Karen Blom. He graduated from Kennedy Grade School, Lombardi Middle School, Green Bay Southwest High School, and then from the University of Minnesota. After a short stint in the private sector, he became a science teacher in the Appleton Area School District, where he was gearing up for his 20th year of teaching. Derek was a beloved teacher, mentor, and coach who influenced the lives of countless students.

He is preceded in death by his daughter Emma. He is survived by his wife Kristen, son Devin, Devin’s mother RaeAnn Blom, stepchildren Hannah and Paige Klunder, parents Lee and Karen Blom, sister Dana (Kevin and son Dylan), and brother David (Tessa and son Carson) and many loving members of extended families.

A celebration of life will be held on Thursday, August 29, 2019 at Riverview Gardens (1101 South Oneida Street, Appleton, WI 54915) from 12pm-3pm. In lieu of flowers, donations can be made to help support the education of Derek’s children. Contributions can be made under the Charities tab at the bottom of this page.