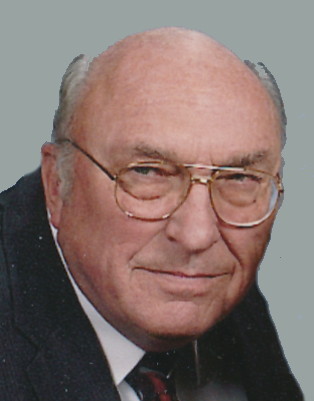 Dennis Gene Zylstra, age 84, of Appleton passed away peacefully on July 12, 2013 at Rennes Health and Rehab Center. Dennis was born on February 24, 1929, son of the late Nick and Cora Zylstra. He was a proud 1947 graduate of Appleton High School and attended a year of college before entering the U.S. Army. After serving two years in Korea, Dennis returned home to help run the family business of Zylstra Heating. He then moved on to work at the Wisconsin Michigan Power Company for over 28 years. In 1965 Dennis married Marilyn Felker at Emmanuel United Methodist Church.

Dennis enjoyed the outdoors whether he was spending time at the cabin or hunting and fishing. He also enjoyed gardening, birds and all of God's animals. Dennis loved singing in the church choir and was blessed with a low bass singing voice. He was a lifelong member of Emmanuel United Methodist Church and held many committee positions and volunteer roles. He will always be remembered as a wonderful and caring husband, father and grandfather.

Dennis is survived by his wife of 48 years Marilyn; his four children, Nick Zylstra of Milwaukee, WI, Tim Zylstra of Chicago, Ill, Jim (Sarah) Zylstra of Verona, WI and Michele Muchowski of Menasha, WI. He is further survived by his grandchildren, Keli, Andrew and Alyssa Muchowski and their father Mike Muchowski; his sister, Ramona Willy; and many other special friends and relatives. He was preceded in death by his parents and other family members.

A memorial service for Dennis will be held at 11:00 a.m. on Monday July 22, 2013 at EMMANUEL UNITED METHODIST CHURCH (740 East College Ave. APPLETON) with Rev. Lynn Kollath and Rev. Mark Geisthardt officiating. A time of visitation will be held from 9:00 am until the time of service. Online condolences may be expressed a www.wichmanfargo.com. A memorial fund has been established in Dennis's name

Dennis's family would like to thank the staff at Rennes Health and Rehab and St. Elizabeth Hospital