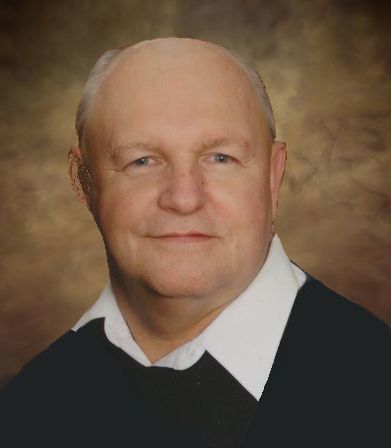 Dennis “Tiny” Flenz, age 65, of Appleton, passed away on Monday, January 2, 2017. He was born November 7, 1951 in Neenah to the late Paul and Dorothy (Wendt) Flenz. He graduated from Fox Valley Lutheran in 1970.
He married Linda Michalkiewicz on November 4, 1983 at St. Mary Catholic Church in Appleton. Together they were blessed with four children; Joe, Sara, Jen and Michael. Dennis was employed with R&R Steel Construction for over thirty years before his health forced him to retire in 2003.
Dennis enjoyed all things that where outdoors. In earlier years, he fished and hunted with many of his friends. Now as of recent, his favorites were his vegetable garden, the flower beds and scooter rides. He spent the remaining time reading and enjoying the company of Charley (the family Beagle). Above all Dennis cherished time spent with his family, especially his grandchildren.
He is survived by his wife, Linda; four children, Joe (Amber) Flenz, Sara (Brian) Oberhart, Jen (Jason) Flenz and Michael Flenz; his three grandchildren, Carter, Annabelle and Lucas; his siblings, Nancy, Dave (Jan), Doug (Berny), Dallas, Dan (Jayne), Diann (Gary) and Dawn (Dewey). He is further survived by many nieces, nephews, other relatives and friends.
In addition to his parents, he was preceded in death by his brother-in-law, Scott and his best friend, Charley.
The funeral service will be held on Thursday, January 5, 2017 at 11:00 a.m. at BETHEL EVANGELICAL LUTHERAN CHURCH, 829 Appleton Road in Menasha. Visitation will be held on Thursday starting at 9:00 a.m. until the time of the service. In lieu of flowers, a memorial fund has been established in Dennis's name. Online condolences can be offered at www.wichmannfargo.com.
Dennis's family would like to thank the staff and physicians of St. Elizabeth Hospital ICU for the care and compassion given to Dennis and shown to his family.