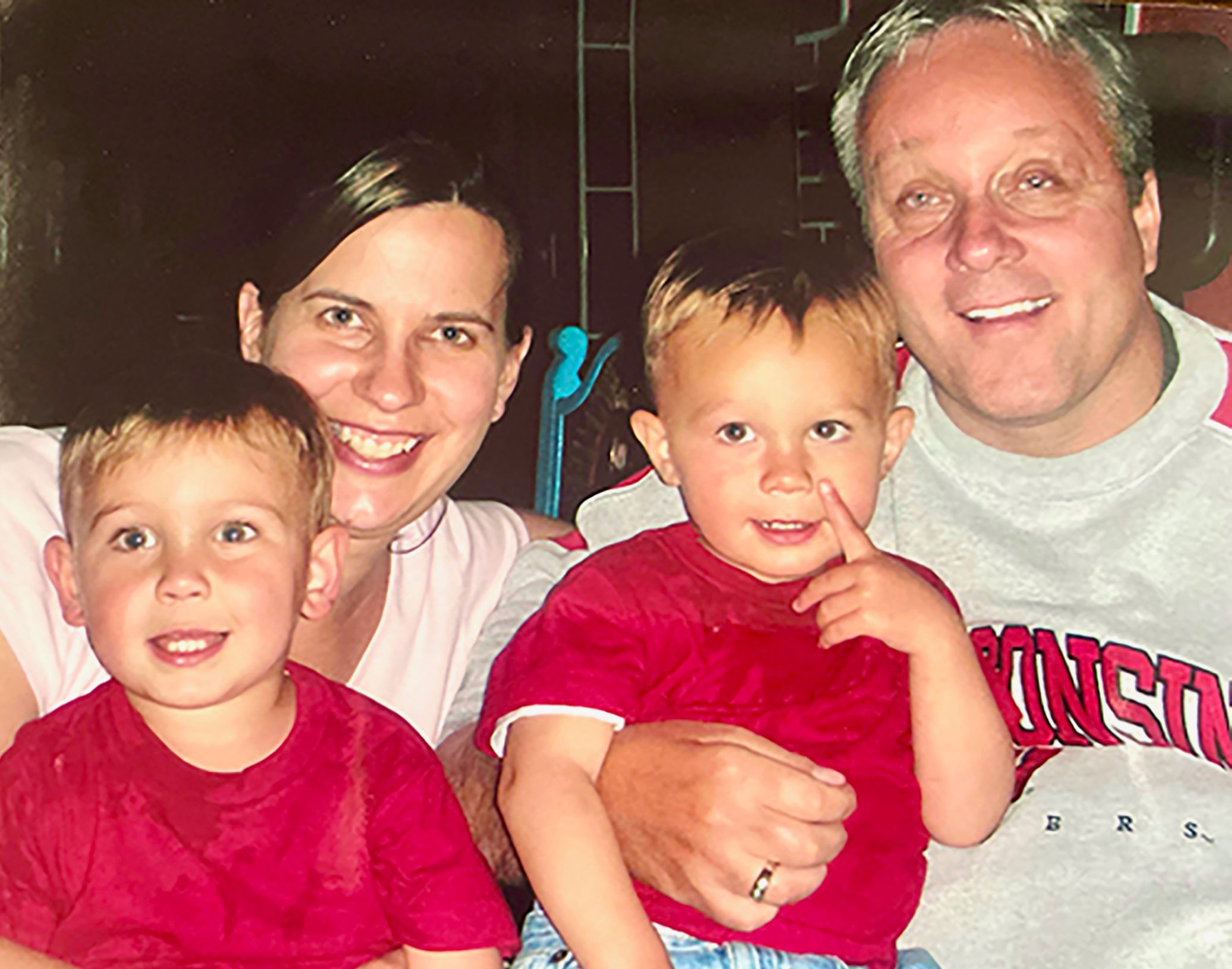 Dennis traveled through life with an exuberant energy always celebrating as if every day was the grandest party. Beginning with his 3 brothers Randy, Kurt, and Eric Schmitz- he would often reflect on his childhood in Appleton with each adventurous tale more daring and exciting than the next. He would often talk about his parents – the late Robert and Muriel Schmitz and their undying love and patience raising 4 energetic boys who grew up to be the kindest and most genuine men. The love, wild sense of humor, and authenticity of the brothers was infectious. Even as adults, every family gathering resulted in boisterous laughter and pure joy.

Dennis’ journey as a brother continued in his very proud service as a Corporal in the United States Marine Corps. Throughout his life he lived Semper Fidelis (Always Faithful) in everything he did.

In March of 1996, over a beer at Cleo’s The Brown Beam with his bestie “Big Brad” – his “Two Week Denny” title came to an end when he met his wife Valerie. They enjoyed wonderful adventures and great laughter over the years.

Dennis’ proudest moment was in May of 2004 when he became a dad to twin boys Alexander Hugo and Joseph Allen Schmitz. He beamed with the greatest Denny smile when they were born and that huge smile continued every time he would talk about “his boys”.  He took the greatest pride in teaching them about sports, music, the importance of laughter, and how to be a good man.

His legacy will live on in them.

Dennis is survived by his wife Valerie Schmitz, sons Alexander and Joseph Schmitz, his brothers Randall (Sue) Schmitz, Kurt (Debbie) Schmitz, and Eric Schmitz. He is also survived by countless friends and family who loved and laughed with him throughout his 64 years of life. May the memories of his larger than life presence carry on through all of you.

A celebration of Dennis’ life will be held at the Capitol Centre in Appleton on October 28th from 4PM to close with a story telling service at 7:00 PM. The Packers play Arizona – appropriate attire is requested.