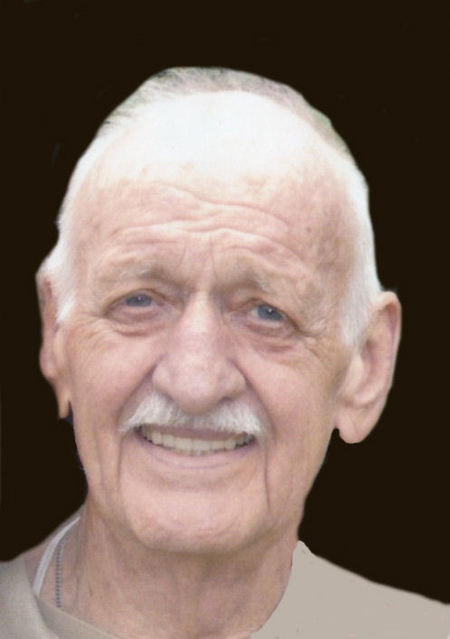 Dennis DuFrane, age 70, of Kaukauna, passed away peacefully with his wife and family by his side on Sunday, July 7, 2013 from a brief and courageous battle with cancer. He was born on December 29, 1942 in Kimberly, the son of the late Levi and Mary (Sonnleitner) DuFrane. On August 18, 1962, Dennis married the love of his life, Mary Lamers at St. Paul Catholic Church in Combined Locks. Dewey was employed at Giddings & Lewis for 24 years, and then semi-retired from Kimberly Clark after 24 years of service. He belonged to the IAM Union and was a Union Representative. Dennis enjoyed all outdoor sports, going up north to his second home in Townsend, and gardening. He loved deer hunting with his buddies, gaming with his wife, and spending time with his grandchildren. Many will remember Dennis with his quick wit and great sense of humor.
Dennis is survived by his loving wife of 50 years, Mary DuFrane; sons: Pat (Cindy Hoffman) DuFrane; Brian (Ruth) DuFrane; and Mark (Karen) DuFrane; grandchildren: Heather (Ryan) Siebers and Holly Hoffman; Erik (Trisha) DuFrane, Matt (Caroline) DuFrane, Emilo Lopez, Isamar (Richard) Galvan, and Azucena Lopez; Kelsey (Tony Geenen) DuFrane, Levi DuFrane and Sophie DuFrane; great grandchildren: Jordy and Hunter Siebers; Alexis and Kalli Hoffman; and Nathan Lopez; sisters and brothers: Janice (Gordy) Huolihan; Dave (Yvonne) DuFrane; Roger (Barb) DuFrane; and Sandy (Russ) Hoppe; and sister-in-law: Inez DuFrane. He was known as “Uncle Denny” to many nieces and nephews. Dennis is further survived by a special family friend, Patti DuFrane, other relatives, including Mary's family, and many friends. He was preceded in death by a daughter, Brenda DuFrane; his brother, Tom DuFrane; and grandchildren, Kyle DuFrane, Cole DuFrane, and Lydia DuFrane.
The funeral liturgy for Dennis will be held at 4:00 pm on Thursday, July 11, 2013 at Holy Cross Catholic Church, 309 Desnoyer Street in Kaukauna. Fr. Tom Pomeroy will be officiating. A visitation will be held on Thursday at the church from 1:00 pm until the time of mass. In lieu of flowers, a memorial fund has been established in his name. Online condolences can be offered at www.wichmannfargo.com.
The family would like to extend a sincere thank you to ThedaCare at Home Hospice, the Gold Cross Ambulance, and all the staff at Cherry Meadows for their excellent care and support. Also, a special thanks to the staff at the Martha Siekman Cancer Center.