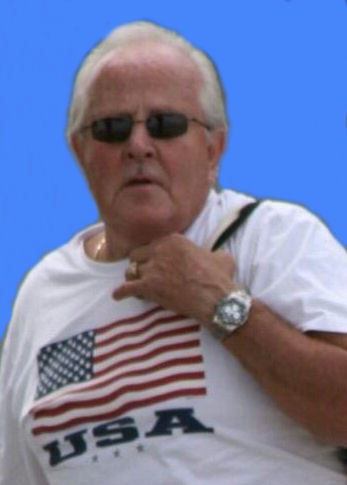 Dennis L. Tweedie, age 76, of Appleton, passed away on Sunday, February 26, 2017. He was born on August 21, 1940 to the late Joseph Elsmere St. Clair and Genevieve (Galagan) Tweedie. After graduating high school Dennis proudly served his country in the U.S. Army. He retired from Warehousing of Wisconsin where he worked in corporate sales.
Dennis's favorite past time was spending time on his boat, throughout the many years Dennis owned several boats. He also liked to play golf, mow the lawn and bar-be-que on the grill. Dennis will be missed for his jokes, goofy sense of humor and his love for life.
Dennis is survived by his children, Dean (Nina) Tweedie, Denys (Judd) Sadowski, Nicolas Tweedie and Shannon (Andrzej) Idzikowski; his grandchildren, Alesia Tweedie, Veronica Tweedie, Jake Sadowski, Triston Tweedie and Kaylee Granzow-Tweedie; two great grandchildren, Aiden Junaitis and Axton Feutz; two brothers, Don (Sandy) Tweedie and St. Clair (Mary) Tweedie; and very special friend, Rose Arger. He is further survived by many other relatives and close friends.
In addition to his parents, Dennis was preceded in death by his son, Patrick Tweedie and his granddaughter, Dana Tweedie.
The Memorial Service will be held on Saturday, March 4, 2017 at 12:00 p.m. at WICHMANN FUNERAL HOME, 537 N. Superior Street in Appleton. Visitation will be held on Saturday starting at 10:30 a.m. until the time of the service. Military Honors will follow the service. In lieu of flowers, a memorial fund has been established in Dennis's name. Online condolences can be offered at www.wichmannfargo.com.