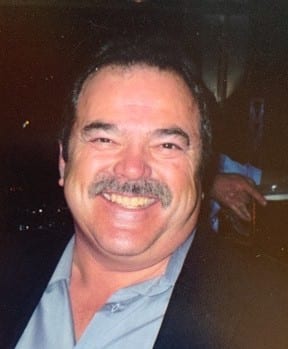 Dennis “Bear” VandeBurgt passed away peacefully as the result of a brain aneurysm on Thursday, July 30, 2020. He was born on August 1, 1953 to Adrian and Patricia. After graduating from Appleton East High School in 1971, Bear began a 44 year career with Presto Products (Alcoa). He married his main squeeze, Patti Helms, on September 13, 1974 at St. Bernadette Catholic Church.

Bear enjoyed a childhood full of mischief that included swimming, bike riding and other activities that cannot be mentioned. His summers were spent at the family cottage. In his high school years, Bear was an accomplished wrestler. He was a bruiser on the mat, earning a bid to state as a freshman.

His interests included deer hunting, fishing, NASCAR and cheering on the Packers. He enjoyed traveling, especially family cruises to the Caribbean. Bear and Patti fought many battles over the Scrabble board, although Patti made the recent discovery that Dennis was not above cheating to get the win. He cherished his time spent with friends. He was proud to be a card-carrying member of the “Think Tank”, which included Dave, Mike and Dan. But most of all, Bear loved spending time with his grandchildren. They will carry on his legacy of love and family. He will always be their hero.

Bear will be remembered for his mischievous sense of humor. His sarcasm and quick wit were legendary and will live on in his four daughters. He loved tinkering with cars and his ingenuity always prevailed. He was meticulous when it came to his projects. Bear was on-call 24/7 to help with whatever his daughters needed, whether it was car repair, spider extermination or chauffeur duties. His family and close friends will remember his humility and generosity.

Interment will be at Highland Memorial Park in Appleton.

The family would like to extend its sincere gratitude to the Gold Cross first responders and the ER and ICU staff at ThedaCare in Neenah. Special thanks to Dr Yazbak for his compassionate care.