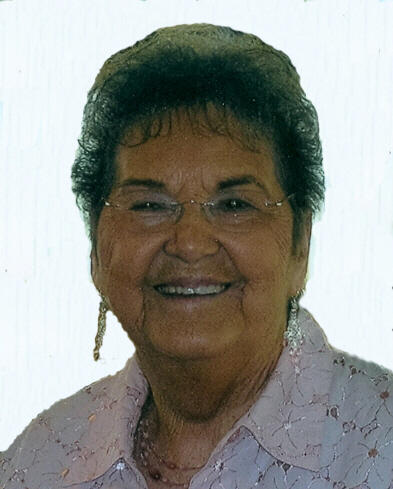 Delores Blajeski, 84, of Kimberly, left this earthly life on August 9, 2010, to live in heaven with her Lord and Savior. Dody was born on July 18, 1926 in Wrightstown, the daughter of Henry and Meta (Wiese) Kamps. She graduated from Wrightstown High School in 1942, and left to support the war effort as a civil service employee in Washington D.C. When she returned, Dody attended and graduated from Oshkosh State Teacher's College (UW-Oshkosh) and earned a B.S. in Social Studies and History. She retired after 28 years of teaching in Kimberly. Dody and Randy then moved to Sun City West, Arizona, where they enjoyed warmth and sunshine for 21 years.

After college graduation, Dody married her one true love, Randy, on August 16, 1947. They celebrated 54 years of marriage until Randy's death in 2001. Dody then moved back to Wisconsin to be near family, and resided at St. Paul Villa in Kaukauna.

The Christian Funeral Service for Dody will be held at 12:00 Noon on Friday, August 13, 2010 at ST. LUKE EV. LUTHERAN CHURCH, 705 Greenfield Drive, Little Chute. Rev. Ronald Szep will be officiating. Inurnment will take place at Highland Memorial Park. A time of visitation will be held at the church on Friday from 9:30 am until the time of service. A memorial fund has been established in her name.

Dody loved teaching, traveling and being with people. Her family would like to thank the wonderful, caring staff at St. Paul Home and Hospice, her many friends at the Villa, especially her “sidekicks” Celeste Lamers and Ardene Weyenberg, and everyone who made Dody laugh and smile throughout the years. You were all very important and special to her, and she was blessed to have had you in her life.