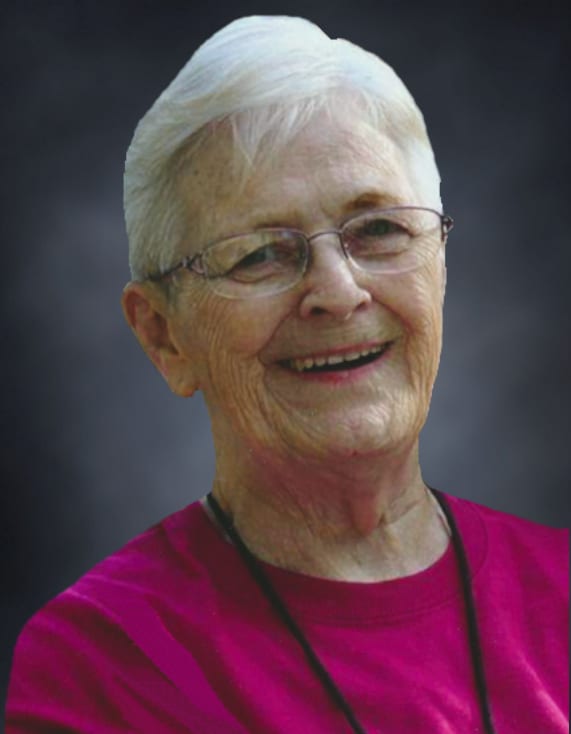 Delores went to meet her heavenly father on August 24, 2020, with her daughters by her side. She was born July 13, 1940 and was adopted by her parents, Lester and Leona Janko of Sheboygan. She was a 1958 graduate of Sheboygan High School, and later married Gordon Hueller and moved to Combined Locks where they would raise their three children. On December 24, 1979, Delores married George Smith who preceded her in death.

Delores was the church organist at Bethany Lutheran Church in Kaukauna from 1972 until 1988. Later, she and George began their RV adventures, traveling to many states, and spending their winter months in California or Florida. They eventually built a permanent home in Florida. They moved back to Neenah in 2012. After George’s death in 2015, Delores moved to Kaukauna where she has resided until the present time.

Delores had a passion for scotch tape, and of course for music – she would play the piano or organ whenever she had a chance. Classical was her favorite style of music.

The funeral service for Delores will be held at 3:00 PM on Wednesday, September 2, 2020, at Peace Lutheran Church, located at 1228 S. Park Avenue in Neenah, with Rev. Ricky Schroeder officiating.   Family and friends are welcome to gather at the church on Wednesday from 2:00 PM until the time of the service.

If you are unable to attend the service but wish to send a card or message, you may contact Debbie Hueller – Deeg, at 210 Royal Court #6, Appleton, WI 54915.

The family would like to offer special thanks to all of the special angels that cared for Delores at St. Elizabeth Hospital, Aurora Medical Center, and Edenbrook of Oshkosh. We will never forget your kindness.