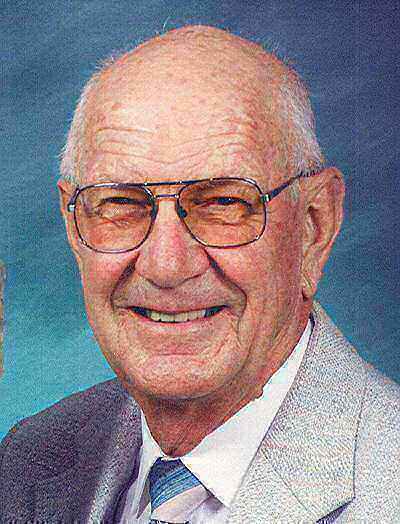 Delore E. Krueger, age 84, went home to meet his Lord on Tuesday morning, March 7, 2006.
He was born May 8, 1921, in Bonduel, the son of the late Edward C. and Irene M. (Knope) Krueger. He married Mae Geider on September 13, 1942. She survives. Delore was a veteran of World War II, serving in the United States Army from 1942 until 1945. The Kruegers moved to Appleton in 1966.
Prior to his retirement, Delore was an auto mechanic in Shawano and was employed with the Wisconsin State Patrol as a vehicle inspector. After his retirement, Delore worked for Kobussen Bus as a mechanic and bus driver.

Thank you to the staff at Angelus Retirement Community and to Aseracare Hospice. There really are angels among us.