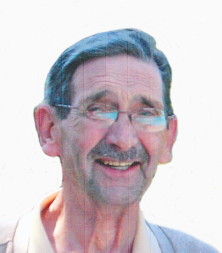 Delbert Wolff, age 88, passed away peacefully at his home on Monday evening, January 28, 2013. Del was born in Clintonville on April 19, 1924, son of the late Paul and Althea (Vaughn) Wolff and attended the local schools. Only a few months out of high school, on October 23, 1942, Delbert enlisted in the United States Navy, and served until his honorable discharge in November of 1945. During this time, he attended Advance Ordnanceman Training School in Memphis and Training School for Aviation Machinists, and was stationed in Santa Clara, California. He saw active duty in the Asiatic/Pacific American Theatre repairing aviation tow winches and also served as an arial gunner with a 20mm and 30 can flight crew. He was the recipient of both the Victory Ribbon, the Good Conduct Medal, and was a member of the Veterans of Foreign Wars.

During his service, on August 22, of 1944, he married the former Marion Danner in Kaukauna; she preceded him in death on 1999. For years the couple owned and operated Chilton Meat Service and Delbert was also employed by Appleton Mills as a weaver. In 1979, the couple sold their business to move to Farmville, Virginia, where Del worked as a foreman for Huyck Felt until 1989.

Del enjoyed spending time with his family at the cottage, fishing, working crossword puzzles, gardening, and just sitting outside on the deck enjoying the birds, raccoons, and the other wildlife in his backyard.

Delbert was preceded in death by his parents, his wife Marion, and by sisters Bernice Kittelson, Mildred Hammond, and Beatrice Laehn.