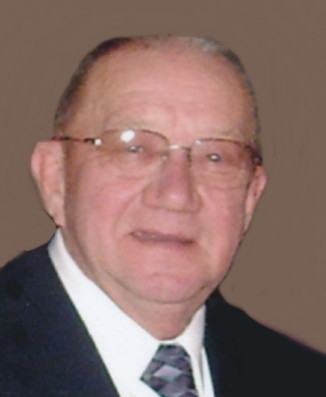 Del Nitzband, age 80, passed away Saturday, March 14, 2015 at the Appleton Medical Center. Del was born in Appleton on September 10, 1934, son of the late William and Emma (Rehfeldt) Nitzband. He was drafted into the United States Army, and earned his GED while serving. Del married the former Margaret Daul on November 3, 1956 at St. Therese Church in Appleton; she survives. Early on, Del drove cab for Fox Valley Cab, but most will remember him for the thirty-one years he served as an Appleton police officer. Some of those years were spent patrolling on a motorcycle with a sidecar. In his retirement, Del enjoyed his parttime job of delivering flowers for Riverside Florist. He was an avid bowler for many years and held many league offices, loved to boat on the Wolf River, played lots of cribbage over the years, and was known to share his wisdom and opinions with his patrons while bartending at the American Legion Club 38.

The funeral liturgy for Del will be held at 11:00 AM on Wednesday, March 18, 2015 at ST. THOMAS MORE CATHOLIC CHURCH, 1810 N. McDonald Street in Appleton, with Fr. Gerald R. Falk officiating. Family and friends are invited to gather at the Wichmann Funeral Home on Tuesday from 4:00 PM until 7:00 PM, and again at the church on Wednesday morning after 10:00 AM. Memories may be shared by visiting www.wichmannfuneralhome.com.

Del will be buried next to his best friend, Dave Head. They joined the police force at the same time, and are together again, no doubt talking smart and playing cards. Rest in peace, Del. You will be missed.