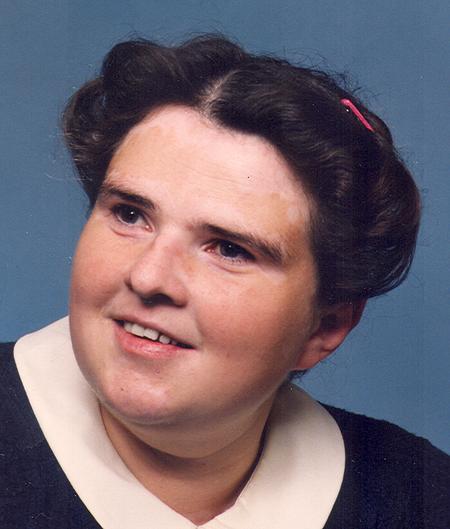 Debbie Kringle, age 48, passed away unexpectedly on November 16, 2006 at her home. She was born on July 20, 1958 in East Chicago, and adopted by the late Edward and Norma Kringle when she was two. Debbie graduated from Appleton West High School in 1976, and provided devoted care to her adoptive mother through Mrs. Kringle‚Äôs final illness.

In 1981 Debbie left Appleton for a summer ‚Äúbabysitting‚Äù job in Washington, D.C., and stayed to become an office assistant with the Government Accountability Project, a public interest law firm. She loved her work in Washington with GAP, where she managed all aspects of the firm with her own special touch and dedication. In 1986 Debbie returned to Appleton, working in a number of food service positions, including five years at Lawrence University in the student cafeteria.

Debbie was an active member of her church, loved country western music, and over the course of 30 years wrote a 17 volume cookbook. Debbie loved, was cherished and will be deeply missed by all the members of her extended family, Milton and Joan Pirner, especially Billie, Tanya and Deanna Garde, (her ‚Äúspecial family‚Äù for 25 years), her ‚Äúgrandchildren‚Äù Jade, William and Lydia; and ‚Äúspecial‚Äù family members Bonnie Tullberg, Linda and Duane Bauman, Ellen Tingley, Carol Schuelke, and all their respective children and pets.

Debbie is survived by a brother Ronald (Gean) Kringle, Oklahoma, and eight nephews. She was preceded in death by her parents, her sister, Jean Curtis, a niece, Susan, and a nephew, Tommy.

A funeral will be held at 11 AM on Tuesday, November 21, 2006 at the Wichmann Funeral home with Messrs. Luther Raine and Darren Ward officiating. Visitation will be from 5:30-7 PM on Monday, November 23, 2006. Burial will be in Appleton Highland Memorial park.

A memorial fund has been established at the Government Accountability Project in her name. Contributions may be sent to the GAP, at 1612 K St., NW Suite 1100, Washington, D.C. 20036, checks should be designated to the Debbie Kringle Memorial Fund. The funds will be used to do what Debbie did best ‚Äì taking care of people, so that they could make the world a better place.