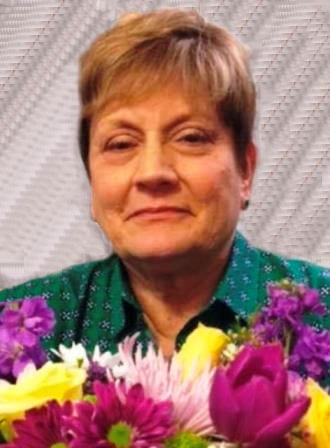 Debra “Debby” Lee Goss, age 67, of Menasha, was called to her heavenly home on October 4, 2020 at St. Elizabeth Hospital, due to complications related to COVID pneumonia.
Debby was born on March 13, 1953 to Gloria Bohl-Weisshahn and the late Lloyd Bohl in Appleton, WI. Debby graduated from Fox Valley Lutheran High School and the University of Wisconsin Stevens Point. She was united in marriage to Michael (Mickey) Goss in Freedom, WI in 1975 and together they raised two children. She was a long time member of St. Peter Evangelical Lutheran Church (Freedom, WI) and was strong in her faith.
Debby worked at St. John’s in Menasha as an elementary school teacher for 27 years before its untimely closing. In 2002, Debby joined Our Shepherd Childcare and worked as a lead teacher until her retirement in May of 2020. The children were a huge joy to her and she was adored by them and their families alike.
In her spare time Debby enjoyed cooking and baking, reading, shopping with her mom and daughter, getaways to her cottage, and driving her silver Jeep around town. Many Thursday nights she could be found at the racetrack with her friends. She enjoyed celebrating holidays and made them extra special. Most of all, she loved spending time with her family, especially her grandchildren, and her beloved dog Ruger.
Debby is survived by and will be dearly missed by her mother, Gloria Bohl-Weisshahn; husband, Michael (Mickey) Goss; children, Seth (Amy) Goss, Devon Ballard, step-son Jody (Vicki) Goss; and former son-in-law Adam Ballard; grandchildren, Kelly Lonie, Kendall and Camryn Goss; step-grandchildren, Ava and Charlie Goss, Tyler, Ryan, Justin, and Connor Ballard; brother, Larry (Yvonne Rochon) Bohl; step-sister, Kay (Dave) Frome; step-brother Kevin (Julie) Weisshahn; siblings-in-law, Terry (Louise) Goss, Tim Goss, Mary Lee (Les) Woller, Kathy (Norm) Tompkins, Peggy (Bob) Brooker; aunt, Charlotte Bohl; uncle, Richard Smart; and her adored dog, Ruger. Debby is further survived by many cousins, nieces, nephews, and other dear family and friends.
In addition to her father, Debby was preceded in death by her step-father, Cliff Weisshahn; grandparents, George and Linda Bohl and Adeline and Mel Smart; uncles, Hillert Bohl and Gerald Bohl; aunt, Delores Muenster; and sister-in-law, Sandy Goss.
Due to the current circumstances, a private family service will be held. A full service and celebration of Debby’s life will be held at a later date. In lieu of flowers, donations can be made to the Debra Goss Memorial Fund c/o 1051 Goss Ave. Menasha, WI 54952.
The family would like to extend a special thank you to the staff at St. Elizabeth Hospital for their compassionate care of Debby as well as the staff of Wichmann Fargo Funeral Home who have gone above and beyond during these trying times.
“My heart hurts but my love is forever – yesterdays, today, and all tomorrows.” Love, Mom
“My mom is a never ending song in my heart of comfort, happiness, and being. I may sometimes forget the words but I always remember the tune.” –Graycie Harmon Love, Seth and Devon
Please leave a special message or condolences for Debby’s family below.