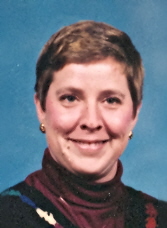 On September 14, 1997 Debbie was united in marriage to Ralph E. Lindow at Bethany Lutheran Church, Kaukauna. She was formerly married to Scott S. Calder, who preceded her in death on November 7, 2004.

For many years Debbie was employed at St. Paul Home, where she obtained her certified nursing assistant degree. Her greatest pride was helping with Special Olympics; she had a very genuine and caring heart. She was a great wife and mother who enjoyed spending time with her family and her pets. Debbie was a faithful member at Bethany Lutheran Church, Kaukauna.

Debbie is preceded in death by her parents, former husband, and her father-in-law, Clarence Lindow.

A Funeral Service for Debbie will be held 12:00 noon Saturday, June 13, 2009 at BETHANY LUTHERAN CHURCH, 124 W. 10th Street, Kaukauna. Rev. Walter Steinbach will officiate. A time of visitation and support will be held at the church on Saturday from 10:00 a.m. until the time of service. Burial will take place at Trinity Evangelical Cemetery, Kaukauna.

The family would like to extend a heartfelt thank you to the staff and caregivers at Theda Clark Medical Center and especially Nathan and Nancy Calder for their comfort and support.
A memorial fund has been established in Debbie's name.