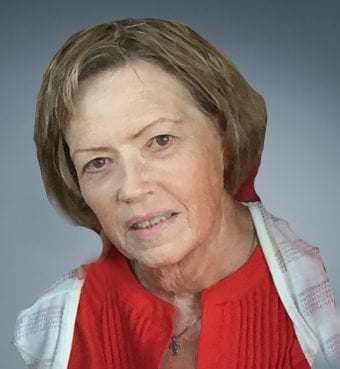 Deborah J. Wagner, age 68, passed away on Wednesday, March 18, 2020. She was born on December 21, 1951, daughter of the late Leo and Rita (Sanders) Hett. Debbie was raised in Menasha and graduated from St. Mary Catholic High School in 1970. Following high school, Debbie worked at Menasha Corp. and married David Wagner on March 8, 1974 in Menasha. They moved to Greenville and had their first daughter when Debbie became a stay at home mom and provided childcare for others. Debbie later went on to begin her 25+ year career as the Greenville Town Clerk Treasurer. In 2015, Debbie retired and after her husband passed, relocated to Green Bay in 2018 to be closer to her daughter.

Debbie was a devout Catholic and long-time member of St. Mary Catholic Church in Appleton. She enjoyed playing the ukulele, reading, sewing, gardening, puzzles, and watching her children and grandchildren’s baseball games. Most importantly, Debbie loved spending time with her family and spoiling her grandchildren. She always looked forward to the extended family Thanksgiving, her favorite holiday, which she hosted for over 40 years.

She was preceded in death by her husband, David Wagner, and sister, Sue Roebke.

Due to the current situation, a private funeral service for Debbie will be held at 10:30 AM on Thursday, March 26, 2020 at St. Mary Catholic Church in Appleton (312 South State St., Appleton) with Rev. Bill Swichtenberg officiating. The service will be live-streamed. Information on the stream will be provided on the funeral home website (wichmannfuneralhomes.com). In lieu of flowers, donations may be directed to the family for a memorial and/or cancer research in Debbie’s honor.

Debbie faced many obstacles the last 10 years battling cancer between herself and her husband. After losing her husband, she continued to fight the side effects of her own cancer. She overcame some of life’s greatest challenges and never gave up. She will be deeply missed by family and friends.