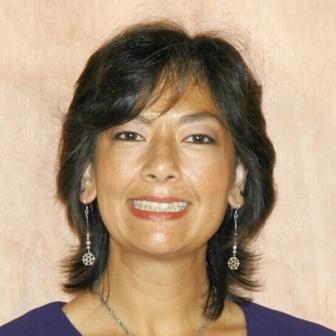 Age 44, passed away on Monday, July 28, 2008 at Cherry Meadows hospice with her loving family at her side after a valiant two and a half year battle against metastatic cancer. Debby was born on November 7, 1963 in Seoul, Korea to William W. and the late Ki-Suk Snowhill. She was primarily raised in El Paso, Texas where she graduated in 1981 as valedictorian from Andress High School. She then attended Centre College in Danville, Kentucky as a Union Pacific Academic Scholar and graduated with a Bachelor of Arts in Government in 1985. She continued her studies at the University of Houston Law Center, graduating with Doctor of Jurisprudence in 1988. She practiced civil litigation law in the State of Texas for five years, before relocating to Neenah, her husband's home town in 1993. Debby then retired from active legal practice to focus on having a family. Her greatest accomplishments are her three handsome sons.

Later, she also committed to serving the community on the Rawhide Boys' Ranch Board from 2004-6 and establishing her own direct sales business with At Home America. Debby grew her business from 2003-2008 during which time she won numerous national awards. Debby was always thankful for her many hostesses and valued customers who helped her grow her business, even after her cancer diagnosis. Debby also saw her time with At Home America as an opportunity to minister to the needs of others. She was truly blessed to have met and mentored many including her own At Home America “family tree” whom she loved.

A Memorial Visitation and Service will be held on Sunday, August 10, 2008 from 1:00-4:00 pm at the Wichmann Funeral Home Tri-County Chapel (3212 South Oneida Street, Appleton, WI 54911). The Service will begin at 3:00 pm with Pastor Tim Snell officiating. Flowers can be sent directly to the funeral home. Alternatively, a memorial fund is being set up for New Hope Christian School, the school Debby's boys attend. Please make out checks to the school and include in the remarks section “Debby Williams Memorial Offering.” If sent by mail, please use the following address: New Hope Christian School, 1850 American Drive, Neenah, WI 54956.

Most importantly, the family wishes to give thanks to Jesus Christ for the gift Debby has been to them. Debby loved to sing and praise God, which she is doing continually now in heaven. We all look forward to seeing her again soon! Jesus said in John 11:25 “I am the resurrection and the life. He who believes in me will live, even though he dies; and whoever lives and believes in me will never die.” We love you Debby!