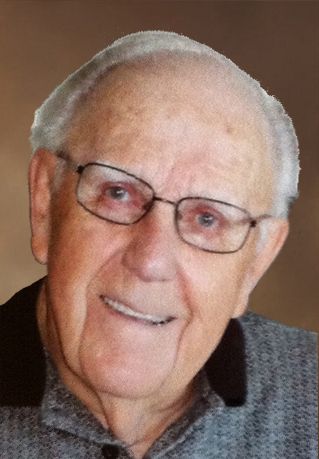 Dean was born on May 24,1923 in Sioux City, Iowa to the late Stella B. (McCrea) and Benjamin W. Einspahr. A native of Odebolt, Iowa and a graduate of Odebolt High School, he attended Iowa State University where he received BS, MS, and Ph.D. degrees. Dean was in the U.S. Air Force during World War II, where he served overseas for 18 months as a P-47 fighter pilot with the 14th Air Force in India and China.

After receiving his Ph.D. degree in 1955, he was employed by the Institute of Paper Chemistry (Appleton, WI ) from 1955 until 1985. As a researcher, teacher, and administrator, he published over 80 research papers in the areas of forest genetics and wood quality/paper property interrelationships. He had an honorary MS degree from Lawrence University, and was a long time member and fellow in the Society of American Foresters. He was also a fellow and active member of the Technical Association of the Pulp and Paper Industry. After retirement Dean did some consulting work but spent much of the time in travel, hunting, and fishing.

Dean was a faithful member of Trinity Lutheran Church where he served on the church council and was a member of several church committees.

Dean and Ann (Stickrod) were married on June 15, 1946 and have shared 72 years together. Dean is survived by Ann and their two children Dr. Larry Einspahr and wife Sharon of Walnut Creek, CA and DeAnn E. Maurer and husband Daniel of Treasure Island, FL. Surviving members of the family also include grandchildren Matthew Einspahr and wife Faye of Walnut Creek, CA, Scott Maurer of Seattle, WA, and Kristen Maurer of San Diego, CA, and great grandchildren Avery and Jack Einspahr. Dean was a loving husband, father, grandfather, and great grandfather.

The memorial service for Dean will be held at 12:00 noon on Wednesday, July 11, 2018, at WICHMANN TRI-COUNTY CHAPEL, 1592 Oneida St. Menasha, with Rev. Brian Bankert officiating. A time of visitation will take place from 10:30 am until the time of service. In lieu of flowers, a memorial in Dean’s name will be established. Online condolences may be expressed at www.wichmannfargo.com