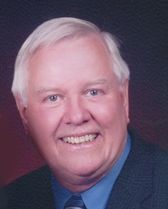 Dean Anderson, age 77, passed away at his home early on Wednesday morning, August 27, 2014. Dean was born in South Milwaukee on April 17, 1937, son of the late Carol and Lois (Hoyt) Anderson. He was a graduate of South Milwaukee High School, and received a degree in mechanical engineering from the University of Wisconsin. On September 30, 1961, he married the former Patricia Lewandowski in South Milwaukee; the couple was blessed with over fifty years of marriage and two wonderful children. Dean served in the Army National Guard for seven years and his entire working career was spent working as a purchasing agent for Allis-Chalmers (and its successors). He began his work in West Allis and, in 1970, the family relocated to Appleton. Dean retired in 2002 and purchased a motorhome, in which he loved to road trip with his family and friends. He also enjoyed time spent on the golf course.

A private service for Dean's family has already been held. Online condolences may be offered by visiting www.wichmannfargo.com.

Dean was a loving husband, dad, and grandpa. He enjoyed many things in life, but surrounding himself with those he loved and those who loved him brought him the greatest joy. He will be sadly missed by those who knew and cared for him.