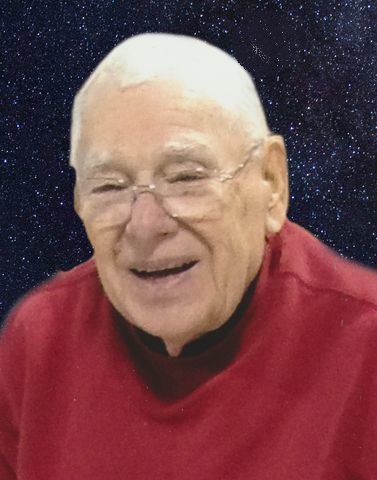 David Petersen, age 87 of Kaukauna, passed away peacefully on October 7, 2016 at St. Paul Elder Services. David was born March 9, 1929 in Chicago, son of the late Edwin and Charlotte (Hansen) Petersen. He was a graduate of Lake George High School in New York, and later graduated from Bowling Green State University with a Bachelor's Degree in Economics. He enlisted in the United States Army, and was stationed at Fort Wayne Wright in Alaska during the Korean War, serving as a Dental Specialist. On April 23, 1955, he married the former Joan “Jan” Hippard in New Jersey. Jan preceded him in death in 2014. David was a longtime member of First United Methodist Church in Appleton, where he was an enthusiastic member of Bible study and book discussion groups as part of his spiritual journey. He was a well-known and respected watercolor artist, active in several open studio art groups. David was also an avid reader who enjoyed worldwide travel and music. Above all, he loved and appreciated his family and the beauty of life around him.

David is survived by four children: Laura Petersen of Grafton; Christian (Lisa) Petersen of Beverly Hills, Michigan; John (Victoria) Petersen of Tampa; and Julie (David) Hinkens of Appleton. His grandchildren are Adam Petersen, Seth Petersen, Ryan Petersen, Danielle Petersen, Myles Petersen, Drew Hinkens, and Darren Hinkens; and his great-grandchildren are Ayden, Gavin, Ariyana, and Jayce. He is also survived by a brother-in-law: Richard Hippard of San Francisco, and a special cousin: Sue Seis. David was preceded in death by his parents, his wife Jan in 2014, and sisters Emmy and Diane.