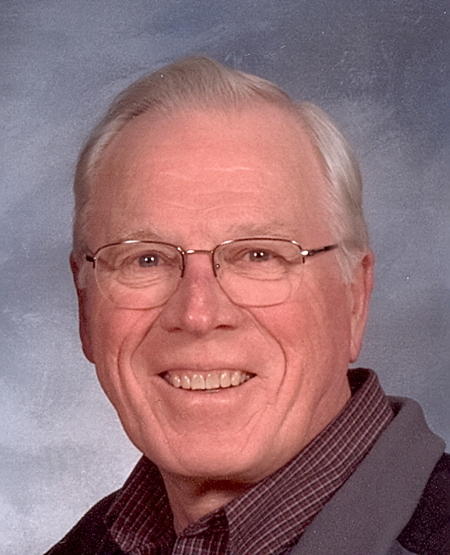 David R. Poehlman, of Kaukauna, passed from earthly life to Eternal Glory on Thursday, December 26, 2013. He enjoyed an active life up until the time of his diagnosis of pancreatic cancer. Dave was born in New London, Wisconsin on January 7, 1944, to Louis and Maxine (Stern) Poehlman. He was baptized and later confirmed in his faith in Jesus Christ at Emanuel Ev. Lutheran Church in New London. From a very young age Dave was actively involved in his parents' farms. In 1960 his family moved to Winneconne, where Dave continued to farm with his family until going away to college.

Dave graduated from Winneconne High School. He then attended UW-Oshkosh for one year and transferred to UW-Platteville, receiving a Bachelor of Science Degree in Civil Engineering. He also attended the UW-Milwaukee graduate program. On December 18, 1965, Dave married Cheryl Furman at St. Paul Lutheran Church in Winneconne. God blessed them with two children, Tracy and Todd. Dave was a Registered Professional Engineer in the State of Wisconsin and a member of the American Society of Civil Engineers. He worked for a consulting engineering firm in Milwaukee for three years and then moved his family to the Fox River Valley. He completed his working career as a Design Engineer for the City of Appleton, where he found satisfaction in serving the citizens and businesses of the city.

Dave was active in his church, serving on many boards and committees through the years. He cared deeply about the mission and well-being of Trinity Ev. Lutheran Church in Kaukauna and Fox Valley Lutheran High School in Appleton. He enjoyed hunting with family, fishing with Cheryl, and playing softball and volleyball with family and friends. He liked watching the Packers and Badgers, as well as his children's and grandchildren's scholastic, musical, and athletic activities. Dave and Cheryl traveled the United States from coast to coast with their RV during their retirement years, including six-week stays in Florida each winter. As much as he enjoyed traveling, Dave also treasured his time at home – appreciating the rural landscape and even a pretty snow storm from the deck or sun room. He valued time spent with family and friends – whether it was just relaxing or chatting, playing cards or dominoes, attending music festivals, or camping in one of Wisconsin's beautiful parks. Dave's beloved family – wife, children and their spouses, and grandchildren – was very important to him.

Dave will be dearly missed by his wife: Cheryl; a daughter: Tracy (Joe) Uitenbroek of Freedom; a son: Todd (Shari) Poehlman of De Pere; his grandchildren: Alexis and Benjamin Uitenbroek; and Aaron, Moriah, Simeon, Noelle, and Esther Poehlman; a sister: Barb Erickson of Redgranite; a brother: Bob (Kathy) Poehlman of Oshkosh; sisters-in-law: Anita Poehlman, Donna (Gordy) Schonscheck, and Yvonne Sprenger; as well as many nieces and nephews.

The Christian Funeral for Dave will be held at 11:00 AM on Tuesday, December 31, 2013 at TRINITY EV. LUTHERAN CHURCH, 804 Grignon Street in Kaukauna, with Rev. Timothy Wilkens and Rev. Karl Schultz officiating. Family and friends are invited to gather at the Fargo Funeral Home on Monday evening from 4:00 PM until 7:00 PM, and again at the church on Tuesday from 9:30 AM until the time of the worship service. Burial will follow in the church cemetery.

The family has suggested that memorials be directed to Trinity Ev. Lutheran Church in Kaukauna or to Fox Valley Lutheran High School in Appleton.