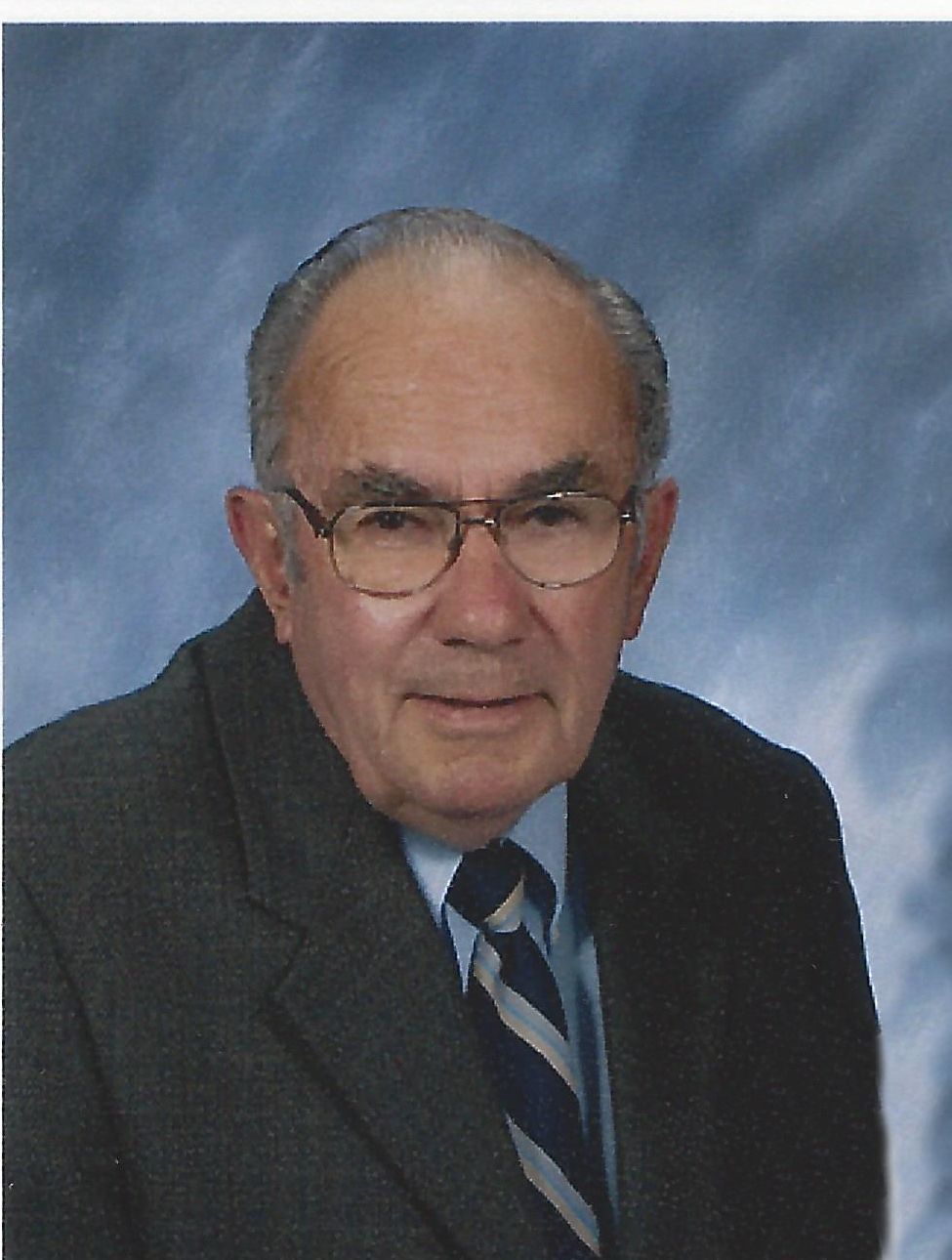 David Peter Coonen, age 87, founder of the pioneering Menasha Men's Club, passed away peacefully on September 10, 2016.  David was born on February 23, 1929 in Kimberly, WI to Henry and Elizabeth (Blaha) Coonen.  In 1937, Henry “Hammer Hank” moved the family along, with his gas station and auto repair business, to Menasha, WI. Dave grew up working in his father's garage during WWII when he stated, during one news interview, that “I must have fixed 50, 000 tires.”  In 1947 he graduated from St. Mary High School after which he enlisted in the military.  He served four years in the United States Air Force and was stationed in Germany during the Berlin airlift.  He was also stationed in New York and Wyoming during his years of service. Although he loved to travel early on, in his later years he would only venture outside Menasha for his grandchildren (weddings and graduations) or food (restaurants).

After serving in the military, Dave returned to Menasha to join his father in working at the family business, Coonen's Complete Service.  In October 1953 he married Nancy Johnson of Menasha, WI and over the next 10 years they had five children.  Dave spent most of his time at “the shop” working hard first for his father, and then taking over ownership of the business with his brother Dan in the late 1960s.  In the late 1990s, Dave passed down ownership of “The Shop” to his son John in a fashion fit for a small town family business as Dave told most people he was “fired.”  Since retiring wasn't an option, Dave did the next best thing, and took a job driving truck delivering parts for NAPA.  In his new role he could keep an eye on the people and happenings of Menasha, and give everyone a hard time along the way.  This job allowed him to keep several unofficial titles including historian of St. Mary's Central. His grandchildren were amazed at how he knew someone everywhere he went.

By far, Dave's favorite place to be was “The Shop” which has been, and continues to be, a fixture in the city of Menasha for almost eighty years and it was here, especially on Saturday mornings, where the brightest minds would gather to solve the world's most difficult problems.  Soon, this group would be recognized as “The Menasha Men's Club”.  The friendships that Dave accumulated over these years were priceless to him, and he very much cherished those memories until the end.  Dave was also extremely proud of his children, grandchildren, and great grandchildren whom all loved him dearly and appreciated his “Old Man Coonen” sense of humor.  Dave will be missed by many who knew him, although his legacy continues to live on as Coonen's Complete Service continues to be owned and operated by his youngest son Peter.

The memorial mass for Dave will be held at 11:30 AM on Friday, September 16, 2016 at ST. MARY CATHOLIC CHURCH (528 Second St., Menasha) with Fr. Paul Paider Officiating. Visitation will be held from 9:30 AM until the time of mass. In lieu of flowers, memorials may be directed to the Dave Coonen Memorial Fund.

Thank you to all the staff at St. Elizabeth's hospital, the Atrium Post Acute Care of Little Chute, WI, and the Veterans Affairs Hospital.  Also, a special thank you to Craig, Sandy, Lisa, and Sam Rousseau for being wonderful neighbors.