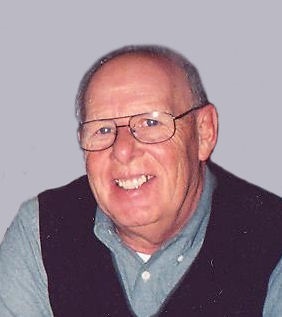 Dave Gosha, age 70, of Appleton, passed away on Monday, March 17, 2014, at St. Elizabeth Hospital. Dave was born on April 17, 1943, in Green Bay, to the late Lawrence and June (Vieaux) Gosha. He married Judy Wicinske on May 9, 1964, in Appleton. Dave was a loving husband, father, grandfather and great grandfather. He was employed at the George Banta Company for over 40 years. Dave enjoyed hunting, fishing, and his gaming trips to the casinos and Las Vegas. He especially enjoyed the time spent with his grandsons and great grandson.

Friends may call at the WICHMANN FUNERAL HOME—TRI-COUNTY CHAPEL, 1592 Oneida Street, Menasha, on Friday, March 21, 2014, from 1:00 p.m. to 3:00 p.m. A memorial has been established in his name. The family would like to extend a sincere thank you to the staff at St. Elizabeth Hospital for their loving care. Online condolences may be offered at www.wichmannfargo.com