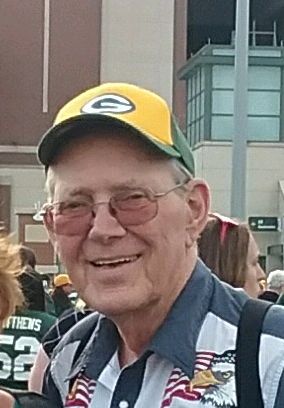 Appleton - David L. Pecks, 78, passed away on Monday, July 16, 2018, at Gardens of Fountain Way Assisted Living, Menasha. He was born on April 22, 1940, in LeMars, Iowa, the son of Hilton “Red” and Dorothy (Foley) Pecks. David was united in marriage to Lynn A. Scherer on October 18, 1967, in Winona, Minnesota. She preceded him in death on May 17, 2006. David was a very kind and generous man, who was extremely hardworking, having worked 2 jobs almost all his life. He retired from Briess Industries Inc. and also enjoyed driving taxi for many years. David will be remembered for his sense of humor, and sending Sees candy and smoked salmon every year for Christmas.

David was preceded in death by his wife; parents; 3 sons: Tom, Brian, and James Huolihan; and a brother-in-law: Jeff Scherer.

Funeral services will be held at 4:00 pm, on Monday, July 30, 2018, at the Wichmann Funeral Home Tri-County Chapel, 1592 Oneida St., Menasha. Visitation will be on Monday from 2:00 pm until the time of the service. In lieu of flowers, memorial contributions are appreciated to the St. Joseph Food Pantry.

David’s family would like to extend a heartfelt thank you to the staff at Gardens of Fountain Way and Affinity Visiting Nurses Hospice for their care and compassion.