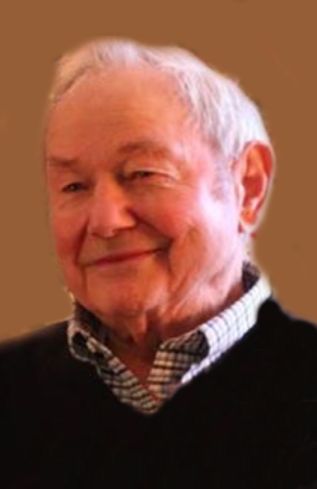 David Leonard Jochman, age 90, passed away peacefully at his home with family at his side, on Thursday, March 15, 2018. David was born on August 1, 1927 in Greenville, WI, to the late John and Mary Jochman. When David was 20 years old, he fulfilled his dream of going out West to work in the fields.

In 1950 David proudly joined the Army, where he served three years in the Korean War earning the Combat Infantry Badge. David and his son Jerry, were fortunate to experience together the Old Glory Honor Flight to Washington D.C. in 2014.

David met the love of his life, Barbara, and together they were blessed with 61 wonderful years of marriage. Barbara preceded him in death on March 24, 2017.

He was employed by Central Paving/MCC for thirty-six years, retiring in 1995. After retirement he volunteered at St. Vincent de Paul for over twenty years, and was acknowledged with the “Volunteer of the Year Award 2005”. He spent countless hours volunteering at St. Therese Parish and was always willing to lend a helping hand to whomever was in need.

David enjoyed spending his time with his family, listening to Polka music and being outdoors.

The Funeral Liturgy will be held on Thursday, March 22, 2018 at 12:00 p.m. at ST. THERESE CATHOLIC CHURCH, 213 E. Wisconsin Avenue in Appleton. Visitation will be held the night before on Wednesday, March 21, 2018 starting at 4:00 p.m. until the prayer service at 6:30 p.m. at Wichmann Funeral Home. Visitation will resume the next day at the church starting at 10:30 a.m. until the time of the Funeral Mass. Military Honors will follow the Funeral Mass at church. David will be laid to rest at St. Joseph Catholic Cemetery in Appleton. In lieu of flowers, a memorial fund will be established in David’s name. Online condolences can be shared at www.wichmannfargo.com.

David’s family would like to thank Affinity Hospice, especially Jean and Jenny.

As sad as it is to mourn the passing of our dear Dad, we all know how very blessed we’ve been to have been touched by his loving presence. He is now safely in Heaven with Mom, watching us from above. We love you Dad.