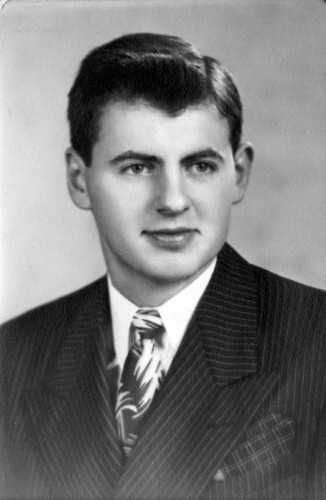 David Lynn Day, Appleton, passed away Wednesday, October 4, 2017. He was born in Lane, Illinois September 10, 1930 to Gordon and Zelda Day and graduated from the University of Illinois in 1952 with a degree in mechanical engineering. After participation in ROTC, David was commissioned as a second lieutenant in the U.S. Army serving in the 140th Tank Battalion in Korea. He finished his military career as a captain in the Army Reserves.

He started Fox Valley Forge prior to his retirement doing blacksmithing at his own shop in Appleton in the early 1990’s-2010. With his support, the Andrew Rose Blacksmith Shop was created at the Grignon Mansion, Kaukauna.

David and Pat were strong supporters of Habitat for Humanity in the Fox Valley. He was also a member of First United Methodist Church in Appleton.

A memorial for David will be held at 4:30 p.m. on Saturday, October 7, 2017, at the WICHMANN FUNERAL HOME TRI-COUNTY CHAPEL, 1592 Oneida St. Menasha. A time of visitation will be held from 2:30 p.m. until the time of service. Online condolences may be expressed at www.wichmannfargo.com. In lieu of flowers, donations can be made to Greater Fox Cities Area Habitat for Humanity.