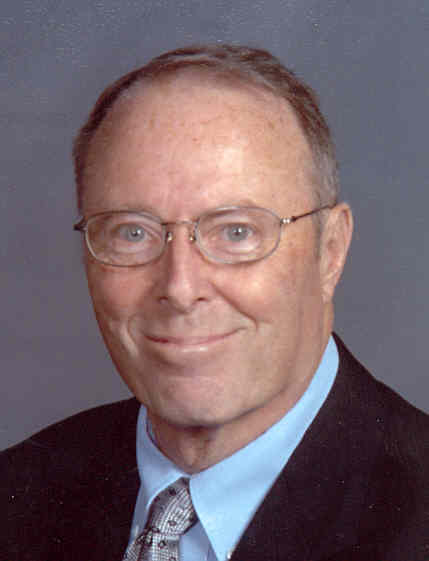 Age 65, died Friday morning, December 12, 2003, due to complications of cancer. He was born December 30, 1937, to the late Paul and Eleda (Christensen) Brew, in Sturgis, Michigan. He graduated from Sturgis High School and Western Michigan University with a degree in Paper Science and Engineering. After serving in the U. S. Coast Guard, David married Judith Bullach on March 31, 1962. Mr. Brew worked in the paper industry at various locations throughout the United States during his 42 year career. Mr. Brew was an avid golfer who celebrated a hole in one this past summer. He also enjoyed traveling and spending time with his children. He was a member of Memorial Presbyterian Church and also enjoyed participating with the All Things Considered Group. David is survived by three sons and their families, David and Meg Brew, Appleton, WI and their children, Alec and Ethan; Doug and Joy Brew, Sartell, MN and their children, Brigid, Aidan and Emily; Mike and Stacy Brew, Clio, MI. His special friend, Sue Hamer, Green Bay, WI, also survives him. Additional survivors include a sister and brother-in-law, Sandy and Gary Burns, Grand Rapids, MI; a brother-in- law and his wife, Peter and Sue Bullach, Detroit, MI; a sister-in-law and her husband, Nancy and Bert Hansen, Indianola, IA; and several nieces and nephews. His wife, Judy, and his parents preceded him in death. Funeral services will be held for David at 11:00 am, Monday, December 15, 2003, at MEMORIAL PRESBYTERIAN CHUIRCH, 803 East College Avenue, with Reverend Charles Valenti-Hein officiating. Burial will be in Riverside Cemetery. Friends may call at the funeral home from 4-8 pm Sunday and on Monday at the church from 10:00 am until the time of the service. A memorial fund is being established.