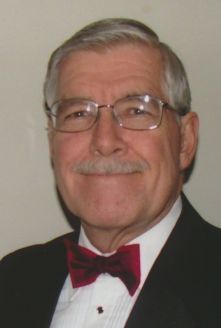 David Carl Kositzke, age 66, died unexpectedly on February 18, 2014 in Palmetto, Florida. He was born May 23, 1947, in Appleton to the late Clarence and Harriet (Smits) Kositzke. David graduated from Appleton's Xavier High School in 1965 and the University of Wisconsin Oshkosh in 1969. He joined the U.S. Army in 1971, served in Germany, and was honorably discharged in 1974. He then moved to Huntsville, Alabama, and worked in missile intelligence at Redstone Arsenal. He later relocated to Northern Virginia and worked in Marine intelligence at Marine Corps Base Quantico. After retiring in 2004 he returned to Appleton.

He enjoyed dancing and belonged to several clubs. He volunteered with the Outagamie County Historical Society and with the Wisconsin Veterans Home at King. He helped with rebuilding efforts in Louisiana in the aftermath of Hurricane Katrina. His hobbies included model making and wood working. He was a member of Fox Valley Unitarian Universalist Fellowship.

David will be sadly missed by his daughter, Petra (Nicholas) Price and two granddaughters, Miriam and Julia, of Madison, Alabama; brother, Ken (Carole) Kositzke; sisters, Betty Sommers and Mary (Patrick) Kiley, all of Appleton; and many cousins, nieces, nephews, and good friends. David was preceded in death by his parents and two nephews, Kurt Kositzke and David Marschner.

The funeral service for David will be held at 11:00 am on Thursday, February 27, 2014 at WICHMANN FUNERAL HOME downtown chapel followed by full military honors. Interment will take place at St. Mary Cemetery in Appleton. The family will receive relatives and friends on Wednesday from 4:00 pm until 7:00 pm and again on Thursday morning from 10:00 am until the time of service. In lieu of flowers, memorials to Outagamie County Historical Society are appreciated. Online condolences can be offered at www.wichmannfargo.com.