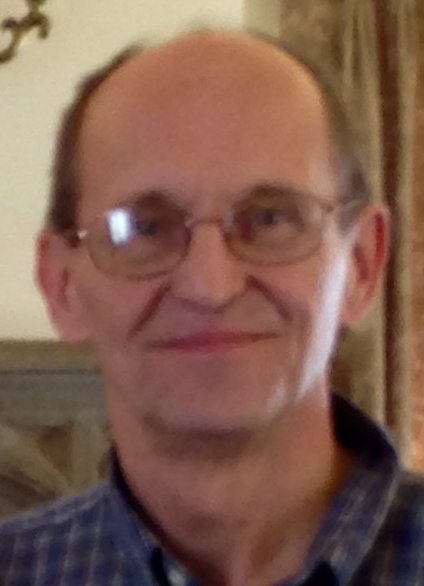 David Alan Hanson, age 59, of Symco, passed on April 20, 2015 at Appleton Medical Center. David was born to the late William and Lucille (Gruber) Hanson on September 16, 1955. He was united in marriage to

Jill McSorley on February 22, 1975.
David loved to kayak and spend time outside camping with his family. He was known for his ability to fix everything and make it work just a little bit longer. He enjoyed trying his luck on the slot machines at the casino. David's favorite thing of all, was spending time with his grandkids, often taking them out for ice cream.

David is survived by his wife of 40 years, Jill; his daughter Bobbi (John) Hicken and their children Bryce and Allison; his son Scott (JillMarie) Hanson and their children Alexis, Madison, and Jaylene; his brother Randy (Char) Hanson and his sister Terri (Jeff) Miller; his mother-in-law Dee McSorley his brothers-in-law Randy (Lori) McSorley and Kevin (Cheryl) McSorley; his sisters-in-law Pam McSorley, Kelly McSorley, Mary McSorley; many nieces, nephews, great-nieces and great-nephews; and his best friend Dennis Vandenberg. He is preceded in death by his parents, his brother William (Jeanette) Hanson, his sister Sharon (Thomas) Wichman, and brother-in-law Jeff McSorley.

Memorial services for David will be held at 6:00 p.m. on Friday, April 24, 2015 at the JANSEN FARGO FUNERAL HOME, 204 E. Kimberly Avenue, Kimberly with Pastor Bill Beaton officiating. Visitation will be held on Friday, from 3:00 p.m. until 8:00 p.m. A family celebration of David's life will take place on Saturday April 25, at Bobbi's house from 12:00 p.m. until 4:00 p.m. Please contact the family for directions.