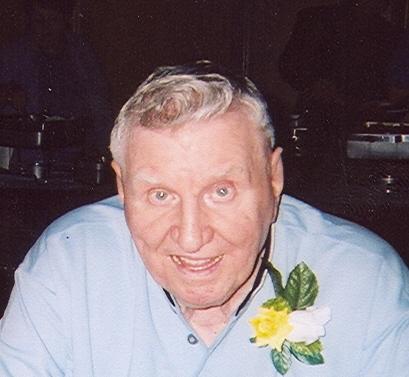 Age 81, passed away on Friday, July 14, 2006 at Manor Care. He was born on June 12, 1925 in Two Rivers to the late Darwin and Blanche (Elliot) La Pean. He attended high school in Two Rivers. In September of 1948 he married Patricia Malison until they parted in 1970. He was a baker for 51 years at several bakeries and owned the Southside Home Bakery on Calumet Street for eight years. He was a member of the Elks Club, and the Two Rivers Jaycees. Cookie was an avid Packer Fan, and enjoyed bowling and golfing.

Funeral services for Darwin will be held on Tuesday, July 18, 2006 at 11:00 A.M. at the Wichmann Funeral Home (537 N. Superior Street) with Deacon Don Gigure officiating. Friends may call at the funeral home on Monday evening from 5 until 8 P.M. and again on Tuesday from 10 A.M. until the time of the service. Interment will be in the Union Cemetery in Dale.

The family would like to thank Dr. Alan Hola for the care and concern he showed for Dad and our family.