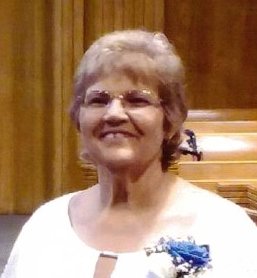 following a lengthy illness. She was a life-long resident of the Appleton area, born to Donald and Anna Mericle on January 23, 1953. She attended St. Mary’s Catholic High School and graduated in 1971. Following High School, she went on to work at several stores doing secretarial and accounting work. After her working years, she enjoyed spending time visiting with relatives and friends, doing crafts and puzzles, and playing scrabble. Her smile was infectious, and she was liked by all who met her. She had a special love of animals and leaves behind her loving dog, Cookie.

On February 14, 1995, Darlene married Earl Baier who preceded her in death in 2004. She later met her loving husband Paul Senner, and the two were joined in marriage on July 17, 2017. Darlene is survived by her husband as well as sisters Donna Remter, and Mary (Martin} Van de Burgt; brother-in-law Frank Senner; Sisters-in-law Irene Totsky and Carol (Ken) Birkeland; Godchildren Amy Reh, and Chris Ver Voort as well as numerous nieces, nephews, other relatives and friends.

Arrangements are being handled by Wichmann-Laemmrich Funeral Home. A memorial service will be held at First United Methodist Church, 700 W. Linwood Ave., Oshkosh on Saturday, October 2nd at 1PM with a luncheon to follow at the church. Interment will be at Riverside Cemetery in Appleton, Wisconsin.