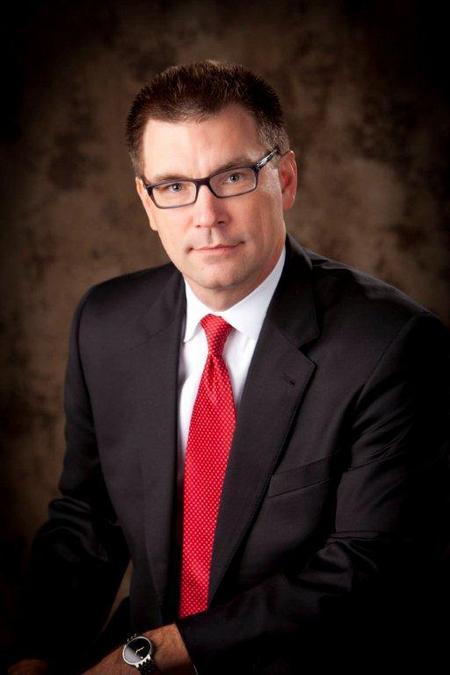 Darin S. Bornemann, age 47, passed away unexpectedly on Monday, July 1, 2013. He was born on September 20, 1965, to Ronald and Dolores Bornemann, and he resided in Sherwood. Darin graduated from Hilbert High School in 1983 and later graduated from UW-Oshkosh in 1988. Additionally, he received an advanced degree in Investment Management Analysis from Wharton School of Business. Darin was currently a financial advisor at Morgan Stanley where he was a Senior Vice President. He was on the Board of Directors at the Calumet County Bank, Harbor House, and Habitat for Humanity. Darin also co-authored the book, Protecting and Growing Your Money in Any Market. He pursued everything in life with passion. Darin loved his family, friends, fishing, hunting, and his career. Many people, both family and friends, considered him their best friend. There were no limits to his unending generosity to everyone who had the privilege of knowing him. He would offer expert advice and council, professionally and personally, to anyone in need. Our family leader has left us behind to fend for ourselves. He was our bright star who took care of the whole family. His compassion and giving spirit was known by many, and he will be dearly missed.

Funeral services for Darin will be held at 5:00 p.m. on Friday, July 5, 2013, at the WICHMANN TRI-COUNTY CHAPEL, 3212 S. Oneida Street, with Rev. Martin Koeller officiating. Visitation will be held at the Funeral Home from 2:00 p.m. until the time of service.

Darin's two greatest passions were spending time with his family and friends followed closely by any activity connected to the outdoors. He shared his “home” up north with everyone, and he was truly happiest when surrounded by his family and nature. Sunshine sparkling on Buckman Lake, a gentle breeze flowing through the pines, food plots sprouting towards the sky, the chatter of squirrels above the tree stand… This is our wish for you Darin. May you forever find peace in “Heaven's Great Outdoors.” Until we see you again.