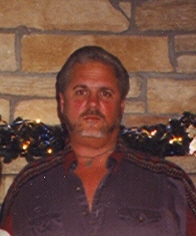 Age 54, passed away very unexpectedly on Wednesday morning, September 14, 2005 at Theda Clark. He was born in Atlanta, GA on August 30, 1951, the son of Ervin Jr. and Gweneth (Halink) Kuse. On March 7, 1970 he married Debbie J. Vanden Bloomer and they shared 35 wonderful years. He was formerly employed by London Litho in Neenah. Danny had many interests that included: motorcycling, old cars, fishing, singing karaoke, writing music, playing guitar, ‚Äútelling tall tales‚Äù, and traveling. Above all, he loved spending time with his very special grandchildren.

He was preceded in death by his Great Grandma Kanable,; Grandpa and Grandma Hankins, and his very special Auntie Gweneth.

Visitation will be held on Saturday, September 17, 2005 from 9 to 11 a.m. with a memorial service to follow at Wichmann Tri-County Chapel, 3212 S. Oneida St. Menasha, with Rev. Tom Fritz officiating.