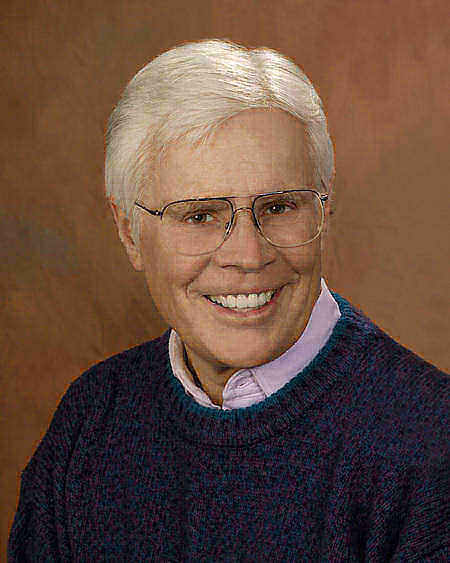 Daniel “Chuck” Van Zeeland, age 73, of Kaukauna passed away Saturday, June 30, 2012. He passed away after a courageous battle with cancer surrounded by his family. He was born on March 5, 1939 to the late Peter and Cecelia (Hendricks) Van Zeeland. He is survived by his wife of 49 years, Susan (Menning) and four children, Todd (Kelly) Van Zeeland, Tracy Van Zeeland and friend Jill McClintock, Carrie (Fred) Hubley, all living in the Appleton area, and Michele Van Zeeland, Graton, California; and five grandchildren, Ryan and Alex Van Zeeland, and Laura, Amanda, and Jessica Hubley.

He and his wife were members of St. Thomas More Parish for over 40 years.

Chuck never gave up. He battled his recent cancer for years after winning a battle with prostate cancer 22 years ago.

He became an Eagle Scout at a very young age. He was active in Boy Scouts, the Order of the Arrow, and Brotherhood. For about 4 years, Chuck was the Cub Scout Master of a large pack in Little Chute and later assisted the Boy Scout Troop at St. Thomas More Parish in Appleton. One of his greatest pleasures was serving on the prestigious Eagle Scout board of review, which approved new Eagle Scouts.

Chuck graduated from St. John's High School in Little Chute in 1958 and in 1962 graduated from St. Norbert College in De Pere where he was a member of the Alphi Phi Omega fraternity; a fraternity devoted to service and scouting. After graduating, he became a member of the St. Norbert College President's Club. His favorite sport while in high school and college was hockey and while at St. Norbert played intramural hockey. He also became very active in the Little Chute Jaycees where he enthusiastically got very involved, especially with the Little Chute swimming pool project.

From both his parents, Chuck inherited a great work ethic. Chuck managed Van Zeeland Oil Co., Inc. for many years. He started in 1963 and retired in 2010. During his years of ownership and management of Van Zeeland Oil Co., Inc. he expanded from one gasoline station, 2 dealers and 2 fuel oil and gasoline routes into owning and operating several restaurants, numerous convenience stores, several auto repair and tire centers, and a heating and air conditioning business. Chuck also expanded into the wholesale gasoline market.

During his early years he was active in the Heart of the Valley Chamber of Commerce where he served on several committees and was on the Board of Directors for 3 years. Chuck and his wife Sue also served for 13 years in the Dutch Booth of the Xavier Food Fair.

His most extended duty of service started in the late 60's and ended in 2009. During this time, Chuck was on the Board of Directors of the State of Wisconsin Petroleum Marketers and Convenience Store Industry Associations. He served on every committee, including retail, legislative, strategic planning, and convenience store. He spent countless hours and attended numerous meetings at every corner of the state where he made hundreds of friends who were his peers. In the late 80's, he was very active and influential in passing the Petroleum Environmental Clean Up Fund, which helped to save many convenience stores and small businesses statewide. He held the positions of Secretary, Treasurer, Second and First Vice President and eventually in 1988 became the President of the statewide Petroleum Association; the year the PECFA Fund finally passed. His business also belonged to the state and national associations of Restaurants, Convenience Stores, Truck Stops, Gasoline Wholesales, Gasoline Retailers, Heating & Air Conditioning, and Tire & Auto Repair.

In the 90's, he served 8 years on the Board of Directors for Silver Lake College, Manitowoc, where he chaired the Student Concerns Committee. He loved the interaction with the students.

Chuck loved hockey in his younger years, but later he enjoyed deer hunting, fishing, volleyball, boating, golfing, and campfires at Legend Lake. Chuck and his wife Susan enjoyed traveling to over 40 countries and throughout the United States. And of course, he loved the Green Bay Packers. But overwhelmingly, he had a passion for downhill skiing. He spent many winter weekends at Indianhead Mountain at Wakefield, Michigan. He skied over 27 major mountains out west, mostly in Colorado, Utah and California. His favorites were Deer Valley, Utah and Vail, Colorado.

However, his biggest pleasure was spending time with his family; especially on summer weekends at Legend Lake, skiing up north or out west, and of course, holidays. He loved spending time with his grandchildren. His proudest moments were when his two grandsons, Ryan and Alex became Eagle Scouts and he and their other grandfather were named as their mentors.

After retiring, Chuck volunteered at St. Vincent De Paul, Appleton, where he enjoyed the camaraderie. Chuck always loved being around people and was known for his great storytelling and sense of humor.

He was preceded in death by his parents, Peter and Cecelia Van Zeeland and his in-laws, Robert and Marion Menning. Other survivors include his sister Betty (Gary) Hooyman, and brothers Paul (Ar) Van Zeeland, Gary (Carole) Van Zeeland, and Greg (Pat) Van Zeeland; Sister-in-laws Kay (David) Jolivette and Connie (Bob) Landis and many nieces and nephews. Surviving aunts and uncles include Dorothy Kerkoff, Magdeline and Melvin Arts, Marion Nellessen, Lillian and Leo Gerrits and numerous cousins on both sides of the family.

Chuck's family wants to thank the wonderful doctors and nurses at the Fox Valley Hematology and Oncology Center for bringing as much pleasure as possible at such a difficult time in his life. They would also like to thank all the nurses, especially Lisa and Amy, in the infusion lab at St. Elizabeth Hospital.

Quote:
Life is not a journey to the grave with the intention of arriving safely in a pretty and well preserved body, but rather to skid in broadside, thoroughly used up, totally worn out, and loudly proclaiming “Wow, what a ride!” Not Chuck's quote, be he wishes it was.

The funeral liturgy will be held on Friday, July 6, 2012 at 12:00 PM at ST. THOMAS MORE CATHOLIC CHURCH, 1810 N. McDonald St., with Fr. Jim Lucas and Fr. Gerald Falk co-officiating. A time of visitation will be held on Friday from 9:00 AM until the time of the service at the Church. Interment will be in the St. Joseph Cemetery. Online condolences may be expressed at www.wichmannfargo.com