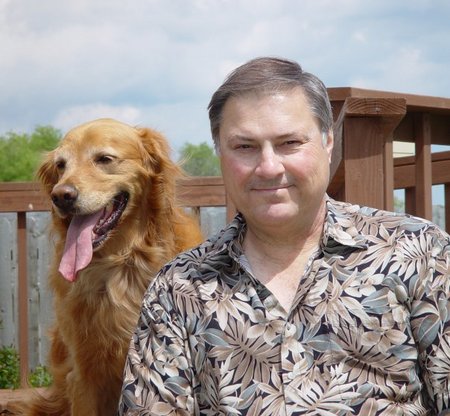 Dan Sheridan, age 64, passed away very suddenly at his home in Kaukauna on Saturday morning, July 11, 2009. Dan was born in Manitowoc on April 23, 1945, son of the late Lawrence and Violet (Nespor) Sheridan. During high school, Dan was the drummer in the Blue Shadows Rock and Roll Band, and later served in the United States Army in Fairbanks, Alaska. (Which is a terrible place to be stationed if you HATE the cold weather!)

Dan was currently employed by Appleton's Locks Mill as a Journeyman Instrument Technician, and had also previously worked at Riverside Paper in Appleton. Flying was Dan's passion – he attended flight school in the Chicago area, and later worked as a flight instructor, and flew for Brennand Air Freight and Air Wisconsin. He also had a love for radio-controlled model airplane flying, and enjoyed traveling to the many competitions the sport offers. His neighbors on Greengrove Street all fondly recall the ” Flying Wicked Witch” he engineered and built. Each Halloween season the Witch would haunt the neighborhood sky.

Dan is survived by three children: Peggy (Rodney) Smith of Illiapolis, Illinois and their children Quinn and Caroleigh; Scott Sheridan of Denver, Colorado; and Kathy Sheridan and her son Skyler of Kaukauna, and Kathy's fiancé Todd Drew. Dan also leaves behind his special friend and companion, Theresa, as well as cousins Mona Rae Cookle and Roger Meihsner. He was preceded in death by his parents, a niece Christie, a nephew Craig, and by Kathy and Scott's grandparents, Amy and Bill Durdell.

Dan was a generous and friendly man, who loved his family and friends, his Harley Davidson, and his dog Casey. He will be missed by all who knew and loved him.

A memorial fund is being established in Dan's name.